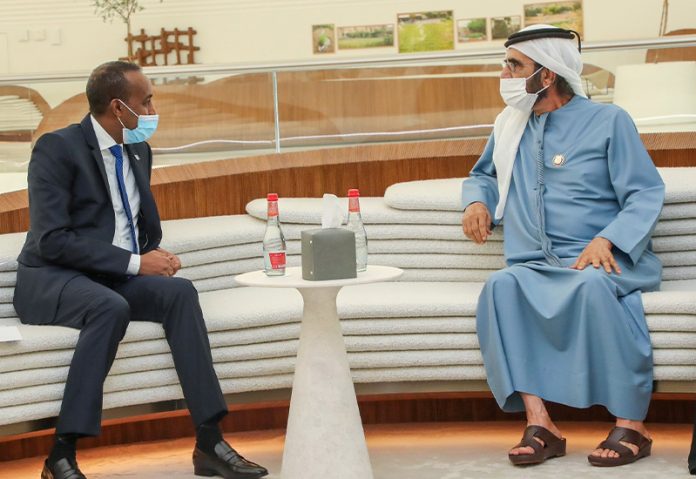 Roble departed to the UAE this week, in the first trip by a Somali government official to the Gulf Arab country for years since Emirati authorities broke ties with Somalia in 2018 over the seizure of cash from Abu Dhabi by security personnel at Adan Adde Airport in Mogadishu.

The Premier publicly apologized to the UAE over the move and said he wanted to revive diplomatic relations following years of hiatus amid an escalating power fight with the President Mohamed Abdullahi Farmajo, a staunch ally of Qatar, UAE’s arch-rival.

Details of talks between Roble and his Emirati counterpart have not been made public, but there are local media reports that the Somali PM submitted recommendations about a presidential candidate UAE would support to take on Qatar-backed incumbent President in the upcoming elections.