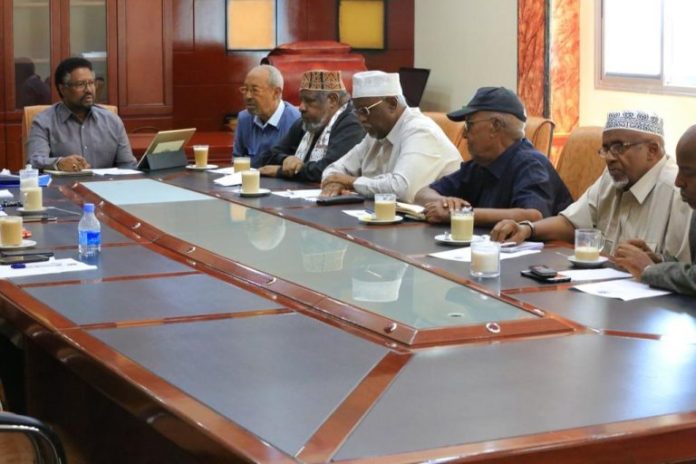 Members of Somali lawmakers have demanded the immediate resignation of two controversial nominees that President Farmajo included in the reconciliation committee that he appointed in July between Somalia and Somaliland. The two former retired Generals are Abdirahman Abdi Husein alias Guulwade and Mr. Ahmed Jama Muse. Mr. Abdifatah Dahir Ismail, a member of Somalia Federal Parliament who hails from Somaliland and is a member of the Standing Committee , held a meeting with the reconciliation committee yesterday. The lawmaker said the expulsion of two former Generals from the Committee is of paramount importance so as change negative perception of the public on the committee. “We had officially informed that the two former retired Generals to tender resignation from the committee tasked Somalia and Somaliland reconciliation” said the MP.

He added that this would pave the way to change the negative image that the public had on the commission. Several Somali Federal Parliament members shared the notion with Mr. Abdifatah and criticized the Somalian President Faramjo for the inclusion of the two nominees in the Committee. They are accused of holding senior government posts during Said Bare’s Junta leadership and were serving when the ethnic cleansing in northern Somalia (Somaliland) was transpiring. The two retired Generals were not directly implicated of involving in the genocide in northern Somalia. Abdiraham Guulwade served as Somali Police Chief. He was son-in-law of late deceased Somali dictator Mohamed Said Bare’s military regime. He was also a close ally and an adviser to him. The other General who hails from Somaliland, Ahmed Jama Muse, served as the Somali Police boss in 1987 when the mass massacre and the genocide were carried out in northern Somalia.