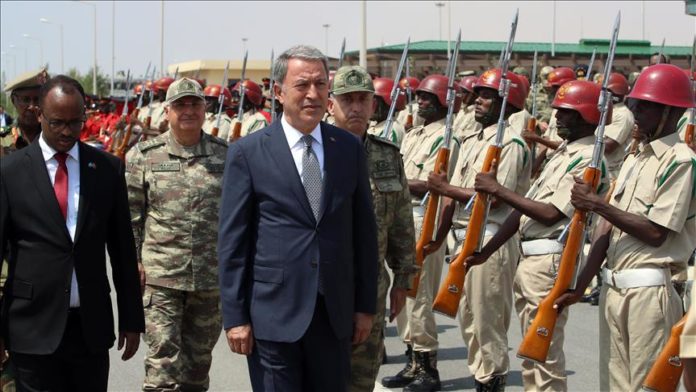 Hulusi Akar, and his delegation was received by Somali Prime Minister Hassan Ali Khaire and other senior government officials at Adan Adde International Airport in Mogadishu.

“I’m glad to welcome Turkish Minister of Defense Hulusi Akar, a close friend of Somalia; heartening to hear him repeat Turkey’s firm commitment to stand by Somalia not only through the good times but also the tough times,” Khaire wrote on Twitter.

“I want to thank our brotherly Turkish government for the work and support for our armed forces rebuilding process,” Mohamed said following a meeting with the delegation.

The Turkish defense minister said his government will continue its support to Somalia.

“We will continue our commitments with Somalia and provide support in rebuilding Somali National Army,” Akar said.

Turkey has been the biggest supporter of Somalia for years and has its biggest embassy in Africa in Mogadishu. Turkey also runs the only modern military training facility in Somalia which trains Somali armed forces.