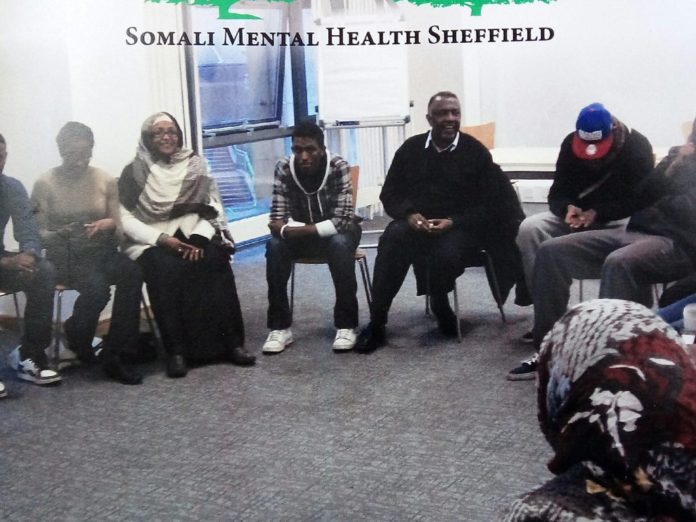 A support group is helping Sheffield’s Somali community better understand mental health and break the taboo that ‘illness is weakness’.

Meaning ‘mind’ in Somali, Maan claims to be the only service in Sheffield whose sole focus is giving mental health support to members from the Somali and other black and ethnic minority communities.

Sharmarke Ismail, Maan manager, set up the organisation to ‘encourage people to talk’ and tackle mental health problems in the Somali community.

According to Sharmarke, there remains a problem within the Somali community that it is ‘still fighting to help people understand’.

He said: “Many don’t see counselling as helpful. Mental health is still a taboo subject.”

Sharmarke, who is originally from Somaliland, told how the country’s history contributes to the root of mental health issues in this community.

A lot of individuals move to the UK from a harsh environment in Somaliland that has stemmed from the civil war, he says, when there were no jobs and no food.

Adapting to a new life is difficult and there is the perception that individuals ‘have to be strong’ and that ‘illness is weakness’.

This is particularly the case for men.

Sharmarke explained how men become disorientated because Somali men are meant to be ‘proud men’.

He said: “Women talk more and men try to solve the problem themselves – that is why we see Somali men overrepresented on the mental health wards and why 85 per cent of service users at Maan are men.”

Last year, Maan supported 47 people – 30 per cent were severe cases but there were also some mild cases.

Maan seeks to increase awareness by reducing stigma, fear, discrimination and myths around the subject area.

It does this by providing up to date and accessible information through workshops and activities – either through one to one, or group working.

One such example is the women’s group in Burngreave, who meet every Tuesday at The Furnival community hub to do physical activities or discuss issues.

Attendees are carers from the Somali community, who are often isolated and unsure of where to get support and advice.

Sharmarke believes that the group offers many benefits for the women as it is a place where they can ‘share stories’.

They have said how coming together as a group reduces their isolation and promotes physical and emotional well-being, he explains.

There is also a support group specifically for men, who meet every Tuesday.

The organisation provides training for health and social care providers too, such as the NHS.

This is a particularly important objective for Sharmarke as he believes there is a ‘lack of cultural competence’ in mainstream services.

He said that many black minority individuals have come through war or prison, experiences that are not accounted for a lot of the time.

There is a lack of communication about the relevant information and this often leads to over-diagnosis for these individuals, he believes.

Having lived in Sheffield for 10 years, Sharmarke has also seen how the language barrier can prevent some individuals from being able to access mainstream services.

He said: “There have been a lot of barriers to reach this point. It is a slow process but we have to work with the community”.

In the last two years, the Somali community has become more involved with workshops, training and campaigns at Maan.

Sharmarke explained that most service users attend through word of mouth or through referrals from health professionals.

Maan will help individuals access appropriate service providers should their services not be suitable.

Services are open to anyone aged 18 and above but young people have not been left out. There is a new project launching in August, where they will be able to enjoy sports and learn new skills such as cooking.

The organisation’s main challenge has been a lack of funding. However, this hasn’t lessened Sharmarke’s optimism.

“We are still existing and still fighting – it is good for us to be here,” he said.

Although Magid Magid being elected as Lord Mayor raised the profile of the Somali community last year, Sharmarke believes there is still some marginalisation.

Maan doesn’t hold fundraising events because he thinks they would not be successful. “They require a lot of energy with minimal outcome,” he said.

Sharmarke encourages individuals to volunteer if they want to help people though.

He also reminds individuals to seek help at the earliest opportunity.

“Come to us and we will help you. Talking is very good and it’s better to talk now before the situation escalates,” he said.

“We have professional staff with over 25 years experience. Prevention is better than cure and we want people to be better educated about mental health.”