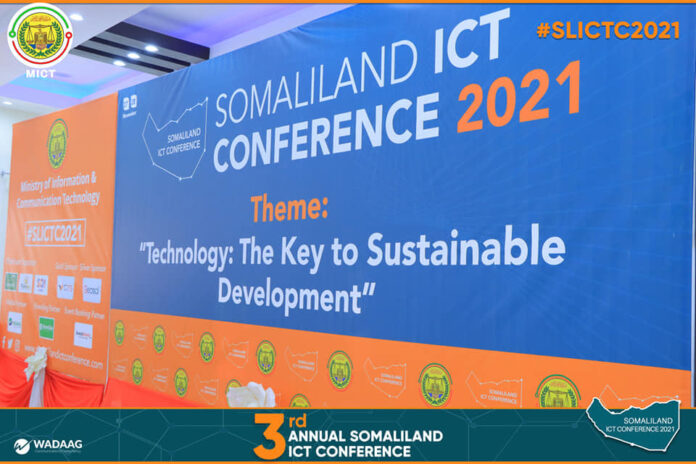 The Somaliland Technology Conference 2021 officially opened at the Ambassador Hotel, Hargeisa. The conference which will last for two days has its theme as “Technology is the key to sustainable development”.

Technology plays an important role in society and facilitates many services. Somaliland Technology ICT Conference 2021, third year in a row, to discuss the role of Technology and aspects of social development in Somaliland.

One of the highlights of this year’s conference is that large technology companies have benefited from the experience gained over the years and presented beautifully at their exhibition technology development program.

The Ministry of Communications has opened a much-needed technology development center, and has also launched a technology innovation competition, said Yusuf W. Hassan, Director General of the Ministry of Technology.

The Minister of Communications, Hon. Dr. Abdiweli Sh. Abdillahi, speaking on conference opening underlining the status of technology as relationship between technology and the economy, as well as the expansion of technology services in the country as a whole.

Third Somaliland ICT conference was attended different government officials, representatives of telecommunication companies, intellectual and wide variety of guest, mostly at their middle ages, a trend depicting how Somaliland future generation are ready to contribute to the development of their country and international integration