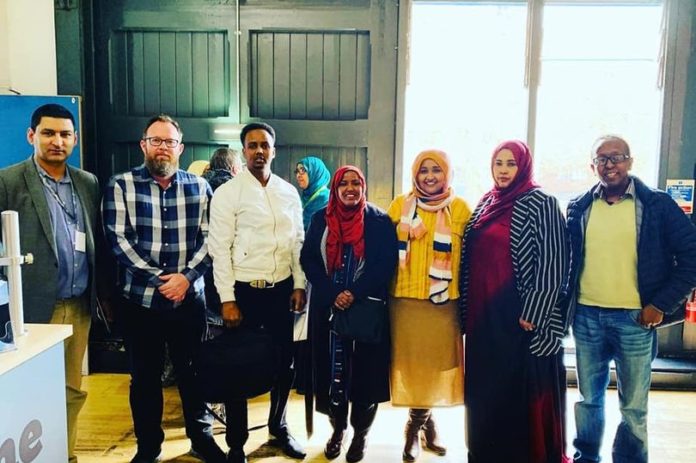 Mental health is an unspoken issue in the Somali community, and there is in fact no word for depression or anxiety

A community organisation has said there have been ten deaths related to mental health issues in the Bristol Somali community in recent years.

A survey carried out by Bristol Somali Voice talking to residents in Lawrence Hill and Easton, was commissioned to examine why.

What it revealed is a mental health crisis in the Somali community, one where Somali people are not accessing services, until it is often too late. Services that are seen by the community as lacking cultural competence to engage effectively.

The Easton-based organisation have identified a huge gap between the community and these services, and are on a mission to open greater dialogue.

Mental health is often an unspoken issue in the Somali community, and there is in fact no word for depression, anxiety, and an array of multiple issues. The one word for someone suffering this is the direct translation of ‘crazy.’

Yet there is statistically a higher proportion of mental health cases in the Somali community, than any other.

Mohamed Abdi Sayaqle and Abdul Ahmed work for Bristol Somali Voice and have their offices at EastonCommunity Centre.

They have been concerned about this growing issue in the Somali diaspora in Bristol and wanted some answers.

Mohamed said: “We knew that the Somali community were not accessing services, but we wanted to know why.

“It seemed that people only became involved when there was a crisis, never before.

“Often only picked up after being involved with the police or social services. So we started to ask questions to local Somali residents.”

Was this a failure on the part of the community not speaking out, or services themselves for failing to reach out?

One shocking key factor that was revealed was the lack of awareness and knowledge of local mental health services, particularly those that work with young people. The CAMS (Child and Adolescent Mental Health Services) and Off the Record were unheard of by 96% of the people they spoke to. For organisations responsible for picking up early signs of mental health with young people, Bristol Somali Voice found this is ‘problematic.’

Mohamed said: “If these organisations are not known about, then clearly they are not connecting enough with the community at a grassroots level. Somali groups are often expected to go to the Wellspring Centre or Barton Hill Settlement, rather than people going out to meet them where they are.”.

The research showed a lack of effective marketing and promotion, in spreading the message of mental health servcies.

Abdul explains; “A lot of mental health support and promotion of services is done through leaflets, or online marketing. Many are not translated. We have loads in our building as well.

“But you need to know how to engage with the community effectively, we are an oral tradition. Word of mouth is best.”

The key to accessing people is through people.

He continued: ‘If we use a figure of standing in the Somali community to communicate the message of talking about mental health, then it will be far more effective.”

The outreach programmes of mental health services are under resourced and failing to reach out into the heart of the community, where the need is most.

Abdul continued: “People are coping and living with mental health issues, like PTSD.

And they are not using services before they reach crisis point. Often this is through the police or criminal justice system, or at it’s worse when someone kills someone or dies.”

Bristol Somali Voice held a recent conference inviting the community and health professionals to create a dialogue and build an effective bridge. Results of the survey were presented and discussed, as a panel and in small groups.

One key issue highlighted was around the cultural awareness and effectiveness of mental health practitioners.

Mohamed spoke on the panel about what he called the ‘Euro-centric paradigm’ of mental health, which lacks flexibility to understand the different approach needed to engage with Somali people. In effect the one size fits all model, isn’t working.

He said: “There is at times a lack of flexibility in our services, a lack of understanding that cultures and behaviours are different.

“So sometimes body language is misinterpreted as aggression or lack of eye contact a sign of a symptom, rather than an understanding that we do not look elders in the eye.”

“Small things like this can make the difference. We need staff that are culturally competent and understand our culture,” he added.

The event was attended by various mental health organisations, charities, and the police. There was a willingness to understand more, a desire to find out how they can work better together.

Bristol Somali Voice revealed that as much as 40% of British Somalis say they have suffered from some form of stress or depression, but as much as 82% are unlikely to contact their GP. The question was asked, how can we make it easier for Somali people to do this, and support this hidden mental health problem in the community, for them to feel more comfortable to talk?

The distinct lack of mental health practitioners from the Somali community , and many with little ‘lived experience’ of the community and the issues was a concurrent theme.

Abdul explained: “Building trust is key. We need to use these key individual and organisations that have real and established connections with the community.

“We must reach out effectively to the cafes on Stapleton Road and Lawrence Hill and use people from the community to do that.”

Bristol Somali Voice have put staff onto a Bristol City council initiative and have some trained Health Champions.

This is the model that they suggest is key to effective change.

Abdul continued: “To have sustained change, we need to empower community members from within.

“This is the message we want to send, to recruit and organise from the community not outside. This is the only real way the bridge can mended.”

“People are then able to offer support to the existing services available, and make them more understood, and get the message out. A partnership that can be very effective,” he added.

The full results of the survey and the insight gained from the conference is due to be published in a report which will be available in the public domain.

It is hoped this will be used to formulate some change in how the current system operates, and ultimately directly impact upon the Somali community, to make mental health no longer taboo and easier for people to find out about whats available, and to feel more confident to come forward to talk.

The idea of a working group, fully accountable to senior decision makers in the city is being proposed.

“The social model, not just the medical model. To do this we all need greater understanding, and we hope the results of the survey are the just the start of this. People are dying, there is a mental health crisis, so we must act. The time is now.