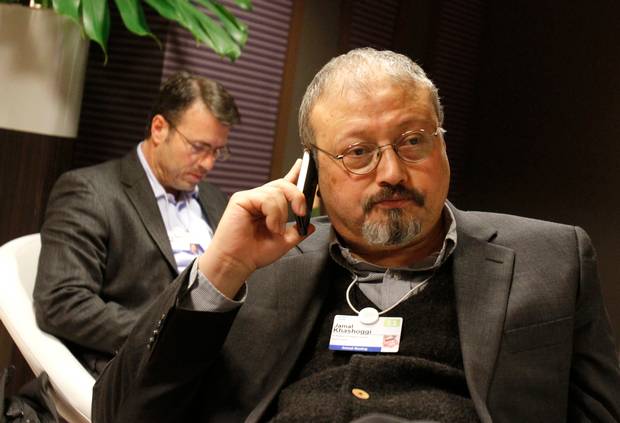 Doing what I do in the places I do it, I cannot be neutral on this one. I can be fair-minded yes, but neutral no. The bodies of dead friends get in the way. I saw Abdul Shariff gunned down before my eyes in South Africa in 1994. A bullet went through his back and dented the Nikon camera around his neck. I heard his cry of agony as the young men dragged him out of the line of fire. He was dead before he got to hospital. Gunmen had opened up on a group of journalists and politicians. I have mourned another friend, Kate Peyton, assassinated in Somalia in 1995. She was a lovely, decent human being, and a journalist of absolute integrity.

They are but two out of numerous friends and colleagues who paid with their lives for telling the truth. On this newspaper, on June 26 each year we mourn Veronica Guerin, murdered by lowlife drug dealers in 1996.

So far this year, according to the Committee to Protect Journalists, 44 of our tribe have been killed for doing their jobs. The latest and most high profile is Jamal Khashoggi, the Saudi writer who vanished after a visit to his country’s Istanbul consulate on October 2. Having surveyed the available evidence, the weight of probability is that Jamal Khashoggi was murdered. Let us say this straight. Let us not become accomplices in the obliteration of truth.

At first the Saudis insisted he had left the consulate alive. A lie. They were caught out on that one thanks to the presence of surveillance cameras. They then floated – through anonymous sources – the ”he died of a heart attack” theory. That didn’t fly either. There was the small matter of the body. If he had died of a heart attack, produce the corpse and let a doctor conduct a post-mortem examination to confirm the claim. To this date there has been no sign of a corpse. Instead we have had briefings from the Turks that his body was dismembered and despatched from the embassy packed into boxes and hidden inside black vans. Turkish police are now searching a forest near Istanbul.

We were also enjoined to believe it had been an interrogation gone wrong, an abduction gone wrong. There was a propaganda blitz aimed at portraying the whole affair as a conspiracy mounted by Qatar with whom Saudi Arabia is locked in political conflict. Oh and we were also encouraged to believe this was the action of a rogue unit. For a Kingdom that spends millions on spin doctors and lobbyists in the West, this was an incompetent litany of deceit.

The Turks disobligingly revealed CCTV footage from outside the consulate and the presence of 15 Saudis inside who had arrived in Istanbul that very morning. Among them was a forensic doctor of the kind who might be useful in dealing with a corpse.

Even the Saudi’s traditional best friends in Washington and London realised this wouldn’t do. President Trump despatched his CIA chief, Mike Pompeo, to Riyadh and Istanbul. Whatever Pompeo saw and heard he came back bearing bad tidings, so much so that Trump spoke of it being ”bad, bad stuff” and said Saudi Arabia’s leaders could expect ”severe” action if it were discovered they had ordered the killing. Keep this last sentence in mind for what comes later.

The former head of MI6, Sir John Sawers, declared publicly that the killing was ordered by the Crown Prince Mohammad bin Salman. Sawers is a notoriously shrewd operator, having risen through the ranks of the Foreign Office to head Britain’s overseas intelligence service.

It is plain that he wouldn’t have spoken with such certainty without being briefed by British and Turkish spooks.

Now after 18 days we have the official Saudi version. Jamal Khashoggi died after becoming involved in a fight minutes after he entered the consulate. That’s right. He walked in, words were exchanged, blows followed and he was dead. You can believe that if you wish. The Saudis have arrested 18 of their own people and fired the powerful deputy head of intelligence.

These moves have one aim: protect the Crown Prince and hope it all dies down. Get back as soon as possible to business as usual which means arms deals and thousands of British and American jobs and security cooperation in the fight against Islamic extremists (the Saudis’ role in the extremism debate is a whole other day’s work).

President Trump has declared the Saudi explanation, alibi, story, call it what you will, to be ”credible”.

As it happens, in the same week Trump praised a Republican politician who physically assaulted a journalist as “my guy”. He mimicked the assault and worked his audience for laughs. This while he waited for news about the fate of Jamal Khashoggi.

I have spent a good deal of my life dealing with the threats of militiamen, warlords and goons of every description, and sifting through the lies of spin-doctors and lobbyists who often supply the respectable face of despotism. This goes with the territory in certain parts of the world and has for as long as I can recall.

But we are now in a place where journalists are being murdered in EU states – sadly Veronica Guerin’s murder was not to be the last of its kind in the Union – and where a highly respected figure like Jamal Khashoggi can be killed in his own country’s diplomatic building.

A wave of hatred is being encouraged and directed towards the media. You find it online and in the mouths of leaders. Hatred is being normalised and it frightens me.

There will be many who choose to interpret Khashoggi story in the context of Middle East politics and the internal struggles of the House of Saud. I am focused on what happened to the journalist. Jamal was one of my tribe. Like Abdul and Kate and Veronica.

For sure, criticise us and point it out when we get things wrong. Demand that we adhere to the highest standards of truth. But stand with us in the fight against liars and bullies. It is your fight too.

Fergal Keane is a BBC Special Correspondent and Africa Editor