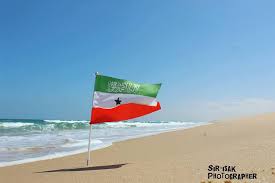 Good governance is a method to government that is committed to creating a system formed in justice, peace and harmony that protects individual’s human rights and civil liberties. According to United Nation, good governance is measured by the eight factors of participations, Rule of Law, Openness, Consensus Oriented, Equity and Inclusiveness, Effectiveness and Efficiency, and Accountability. For sake of the seeking the recognition, Somaliland leaders are must to instigate those traits, in order to have a good governance and recognition.

Participation is an important part of democracy and good governance. Participation requires to all citizens not matter who they are. Particularly those most prefers the tribes, have direct or representative access to the systems of government. This reveals as a strong civil society and citizens with the freedom of association and expression. Participation is a significant part of democracy. The civil society role has been absented from since Kulmiye party took power in somaliland. Moreover, in order for citizens to know what they require from their representative they need to be educated and aware of somaliland politics and constitution.

For a democracy to work smoothly in a country, citizens would need to vote on a leader that they believe will benefit them in many ways. That being said, citizens would need the proper knowledge to make that decision in the first place. It will show that although participation is the best choice because it provides the most benefits for its citizens. I am going to argue that it does not only allow the educated on the topic to make the best judgement for a leader when voting, but non-institutionalized participation does not have to exist, along with participatory planning in Somaliland thriving much more due to moderate participation.

Rule of law is essential for good governance. It refers to a belief of governance in which all people of the country, institutions and entities, public and private that include the states itself are accountable to laws. It denotes legal systems must have protect the human rights and civil liberties of all citizens, predominantly minorities. This is charged by autonomous judicial branch and police force free from corruption. Conduct the election on time, tackle the corruption, respect the constitution, support the free speech, no one should be punished by the government, except for those who break of law. The law should apply to all citizens equally. Since the Kulimye party has been in power, all these aforementioned factors have taken no place.

Transparency is outlines that all citizens recognize and have full access to participate and also take their own decisions without hindrance or any kind of intimations, specifically whenever they felt the government decisions would be affected direct or indirectly. Any government that includes somaliland has obligation to provide an information which is understandable and accessible format, at the same time, translates through the media.

Consensus oriented is established when a program occurred for conduct a place, and this would be relating some type of decision making. Decisions collaboratives are inventible whenever societies share a common need. One of the main obstacles that community face is when they share a common agenda. For example, every somaliland tribes have different needs, perspectives and expectations of its own. Somaliland government has obligation to facilities a consensus environment. The decision needs to be made in manner that reflects a deep understanding of cultural and social context of the tribes.

Effectiveness and Efficiency is recognized through the effective use the resources to meet the needs of a society. The resource of the nation must be sustainable to guaranteeing social investments take through and natural resources are upheld for future generations. The current Somaliland administration failed to prove the efficiency and effectiveness for best use of the nation’s resources. Somaliland has been governed by oligarchy not only the current administration but also committed the previous government.

Accountability denotes the responsibility for what you do and able to give an appropriate reason. Every institution being eventually accountable to the people and one another that includes government institutions, civil societies as well as the private sectors, all being accountable to one another as well. Somaliland government must be accountable to its people and not other way around. The lack of the knowledge of accountability is wide spreader in Somaliland. The police commissioner, the supreme court, the auditor general, attorney general and more do not know to whom they accountable for.

Good example, for the last 20 years, Somaliland police forces brutality would become widespread. The assaulting the media is being common especially in Hargeisa. Carelessness and indiscipline at the policy whether the high officers or law ranks policy officer become unimaginable. The somaliland police forces has been beating the people and behaving like authoritarian regimes forces. The Police needs to educate and those who not fitting the police forces must have to transfer other government branches such as the farming, and fishing.