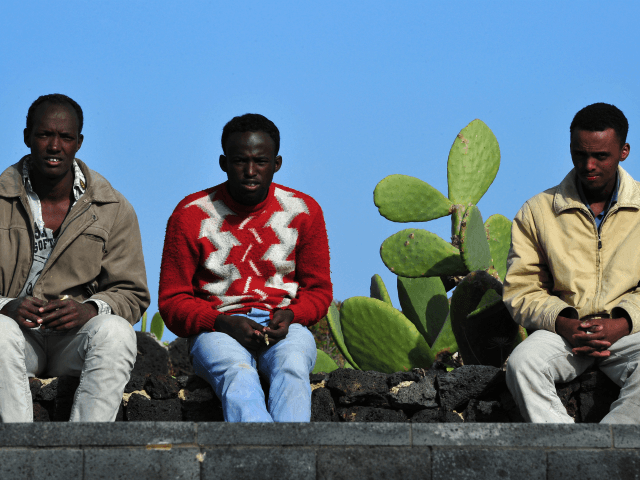 The Danish government has refused to rule out forced deportations of Somalians without the right to stay in the country, although Prime Minister Lars Løkke Rasmussen has said he would rather they left voluntarily.

The Danish leader commented on the situation following a recent meeting with Somali president Mohamed Abdullahi Mohamed in Egypt saying he thought it would be beneficial if the Somalians returned to their country to help rebuild it, BT reports.

So far, the Somalian government has rejected the idea of their citizens returning home from Denmark but the Danish leader dismissed the refusals saying, “As I think now, it is not so much dependent on Somalia. But it is more dependent on the speed of our own Danish bureaucracy.”

“It is not my assessment that there are current challenges in Somalia that mean that we cannot see more compulsory deportations,” he added.

Some Danish politicians have raised doubts about the possibility of forced repatriations but, according to Rasmussen, a confidential informal agreement exists between the two countries.

“We have an increasingly good cooperation, which the Somalis attach great importance to in confidentiality. Therefore, I cannot go into detail with it. But it is a collaboration that also makes it possible in certain situations to force people to Somalia, if necessary,” Rasmussen said.

Denmark Cracks Down on Chain Migration, Will Detain Illegal Migrants on Island https://www.breitbart.com/europe/2019/02/22/danish-parliament-passes-restrictive-migrant-laws/ …

The Danish Parliament has passed new restrictive migrant laws that will introduce a ceiling on chain migration and allow an uninhabited island to become a deportation centre.

103 people are talking about this

He stressed that the Somalian leader was also supportive of efforts to return citizens back to Somalia.

“The truth is, we give shelter to people as long as they need it. We have many Somalis in Denmark, and there are also some of those who have the prospect of not extending their residence basis, as the situation is such that they can well return,” Rasmussen said.

The talks come after Danish migration minister Inger Støjberg called on Somalis to return to their country in December saying, “If you no longer need our protection and your life and health are no longer at risk in your home country, and specifically in Somalia, you must of course return home and rebuild the country from which you came from.”

Denmark is not the only country in the process of switching from receiving migrants to sending them back to their home countries. Last year, populist Italian Interior Minister Matteo Salvini declared that after stemming the flow of new arrivals he too would be focusing on deportations.