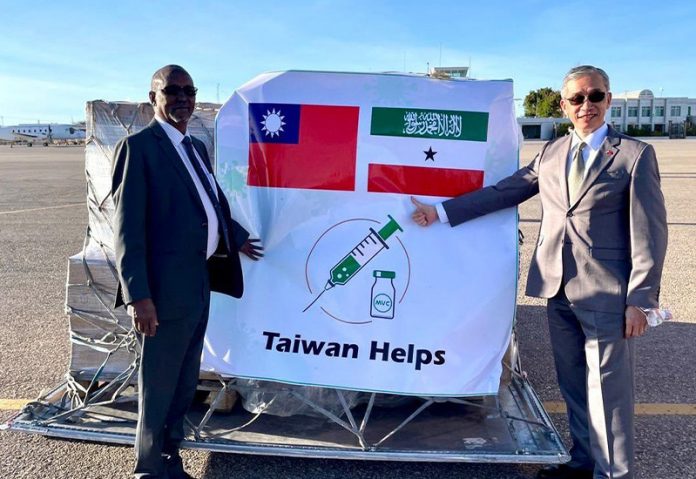 Taiwan has donated millions of face masks and other goods around the world in what the government has called the “Taiwan can help, Taiwan is helping” programme to show the island is a responsible member of the international community, despite being locked out of most global bodies because of China’s objections.

“On the basis of the shared values ​​of democracy and freedom between Taiwan and Somaliland, our country’s government will continue to steadily strengthen the cooperative relationship between the two sides and jointly fight the global pandemic and defend universal values,” the ministry added.

Somaliland broke away from Somalia in 1991 but has not gained widespread international recognition for its independence. The region has been mostly peaceful while Somalia has grappled with three decades of civil war.

Taiwan and Somaliland set up representative offices in each other’s capitals in 2020.

Both China, which claims Taiwan as its own, and Somalia have expressed their opposition to Taiwan and Somaliland’s forging of ties. In Africa, only tiny Eswatini maintains full relations with Taiwan.

The Medigen vaccine has so far only received limited international recognition, but strong support from Taiwan’s government, which backed its development partially over fears China could hamper its international purchase of vaccines.

The pandemic is well under control in Taiwan and most people have been vaccinated with shots made by AstraZeneca Plc (AZN.L), BioNTech SE (22UAy.DE) and Moderna Inc (MRNA.O), though some senior officials, including President Tsai Ing-wen, have chosen to take Medigen to show their confidence in it. Reuters