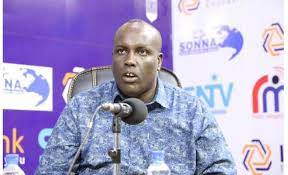 A suicide bomber killed the director of state-controlled Radio Mogadishu Abdiasis Mohamud Gulied in Somalia’s capital on Saturday, in an attack claimed by the militant group of al-shabab.

The well-known journalist worked for state-run Radio Mogadishu was a very critical to the Islamist group that wants to topple the western backed government in Somalia.

The journalist was targeted as he was leaving in a restaurant in a heavily fortified area of the city on Saturday.

Two other people, including a director at the state-run television was also injured in the attack.

His cousin Abdilahi Nur said: ” My cousin Abdiasis Afrika was killed by a suicide bomber immediately after he went out to a restaurant. He was rushed to the hospital.”

Al Shabab said it had carried out the attack that led to the death of Abdiasis Africa.

Abdiasis Abu Musab, Al Shabab’s, military spokesman said: ” The Mujahideen had been hunting Abdiasis for a long time. He committed crimes against Islam. He was involved in the killing of Mujahideen.”

Somalia’s PM Mohamed Husein Roble sent his sincere condolences to the death of Abdiasis, a statement issued from his office shortly after Abdiasis death stated it.

The PM characterized the death of Abdiasis Afrika as hardworking journalist who served for his nation with bravery.

The later Abdiasis Afrika was famous for his interviews with Al Shabab members detained by Somalia’s NISA which was very critical to the militant group.