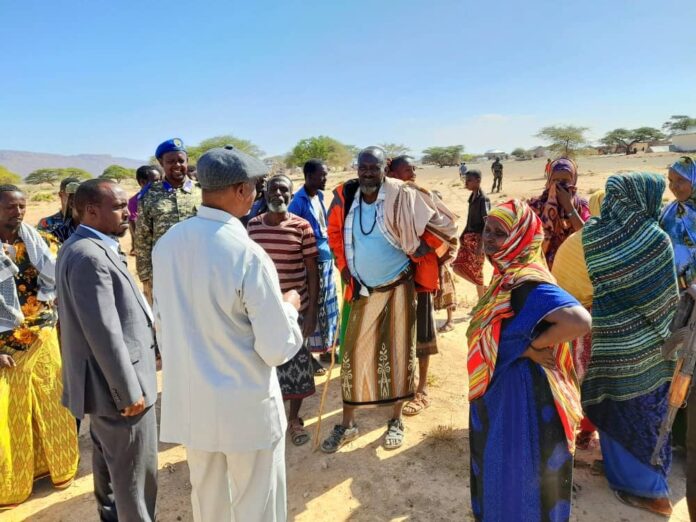 The Minister of Interior of the Republic of Somaliland Mr. Mohamed Kahin Ahmed and a delegation led by him who recently traveled to Sool region reached Holhol, Darayo Geesawayn and other areas.

Hon. Minister Ahmed, accompanied by the Governor of Sool Region Abdikarim, Sool Regional Police Commander and the Commander of the Eastern Zone of the National Army visited many areas in Hudun and Las Anod districts of Sool region were briefed on the security situation and the drought situation in the areas they visited.

Similarly, the peace conference between two brotherly clans in the Sool region is progressing well, and they have reportedly agreed on compensation for all those killed and injured.

The conference, which began at the  beginning of this month and was attended by a large number of delegates from both communities, a government delegation, the speaker of parliament and accompanying parliamentarians, and other delegates from Somaliland communities in the country’s regions are expected to be resolve any outstanding issues between two communities.

Delegates to the peace conference are expected to take steps to resolve any land disputes and other associated bones of contentions that have exacerbated the conflict between the two communities.