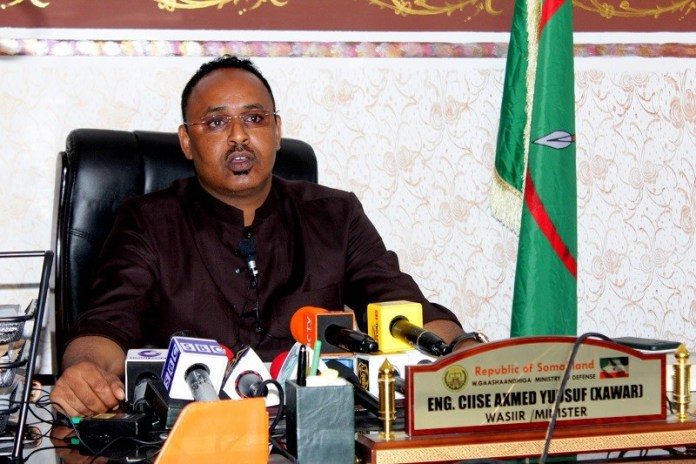 The defense minister  has sent stern warning against Puntland to refrain from any infiltration into the sovereignty of Somaliland. The minister, Mr. Isse Ahmed Yusuf aka “Xawar’ has further revealed that Somaliland will not tolerate destabilizing foes that the defected renegade Col. Arre’s rebels make incursions into the eastern Sanaag. The renegade Col. Arre defected from Somaliland’s defense forces and is being harbored by Puntland in order to destabilize the eastern regions. The minister has asserted that Somaliland is determined to respond aggressively against any raid orchestrated by either Puntland militia soldiers or insurgents loyal to Col. Arre. Mr. Isse has disclosed that the armed forces are capable of dismantling the rebels that have been given a sanctuary in Qardho. He reminded Puntland to stop and refrain from its incursions against its borders. The minister has added that Somaliland will not accept Puntland to grant military base to rebels that defected from its army. He further called on Puntland to respect Somaliland’s territory and its territorial integrity as far as the spat is concerned. He urged its neighbor to observe peace and live Somaliland side by side in peace and security.