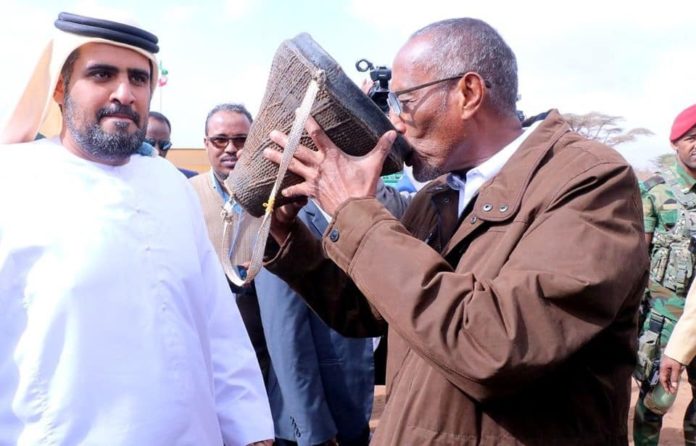 Somaliland and the United Arab Emirates have engaged in a joint effort to help camel farmers improve the quality and quantity of camel milk for the local and export market.

Somaliland President Musa Bihi joined a delegation from the UAE in organizing a competition which will see the camel owners with highest milk products gaining rewards.

This is part of Somaliland long term mission to be one of the leading producers of camel milk which is gaining popularity across the globe.

Camels remain the lifeline of many Somalilanders who sell the milk to local markets.

But the demand for the product in the middle east and Europe is growing with a global market estimated at $ 5 billion.

Somaliland, Somalia, Ethiopia, Djibouti, Kenya and Eritrea enjoy the largest population of camels which is estimated to have hit 3 million.

The demand for camel milk has been driven by an insatiable appetite from health-conscious consumers from as far as China and North America.

Camel milk, also known as “whitegold” whose Vitamin C content is three times richer than that of a cow’s milk has been recommended for those suffering from malnutrition, diabetes and allergies.

Camels are a source of wealth and status in the pastoral community.