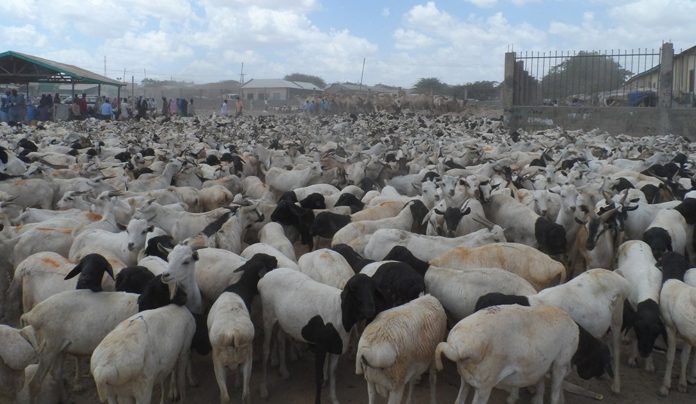 Somaliland is set to resume exporting livestock to the United Arab Emirates this week.

A shipment destined for the middle east nation is set to leave the Somaliland port of Berbera with a load of over 5,000 heads of sheep and goats.

Already the animals have been tested to match the required standards of the UAE recipients and have been given a clean bill of health.

The two states agreed to set up a joint livestock export bureau.

“We have reached an agreement with the United Arab Emirates that a joint livestock export bureau is established by the two countries,” Professor Yassin Mohamoud Hiir ‘Faratoon’, the Somaliland Minister for Foreign Affairs and International Cooperation, said.

The agency will attend to all matters relating to the health, export, and regulation of livestock export.

Somaliland is strategically placed on the Suez Canal and the Red Sea and  with the current expansion of the Port of Berbera which is being carried out by Dubai based DP World, livestock export to the middle east is bound to grow

Already a modern abattoir has been built at the port to send fresh meat to the Gulf which will greatly contribute to the country’s foreign exchange earnings.

Since then, only a trickle had found its way to Mecca.  In both 2016 and 2017, the Saudis granted a short reprieve which allowed livestock from Somaliland to enter Jeddah on hurried-arranged, temporary permits.