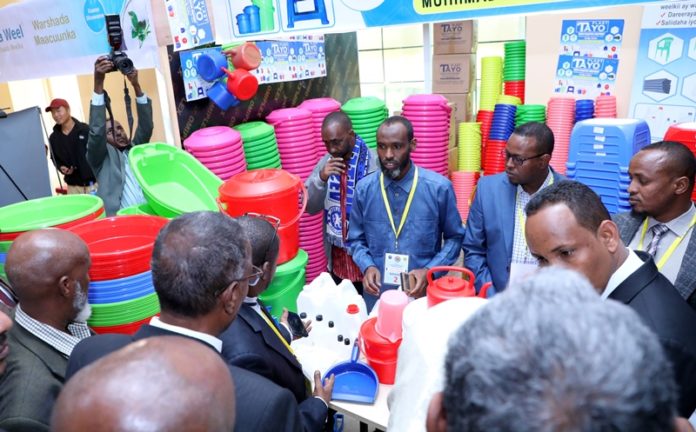 Hargeisa Plastic Factory was among the industries that actively took part the local industries product fair held in Hargeisa.

The General Manager stated that only 33 % of the capacity of the factory has been consumed.

Mr. Tani stated it goes to the domestic market for consumption and appealed to the gov’t to set policies which lures foreign and customers from neighboring countries.

Abdilahi Isse said that Somaliland people should put their trust on locally produced stuffs which increase economic circulation of the country.

“We have manufactured locally and our products are available on every store in the townships and in return the public should but our products.” said Isse