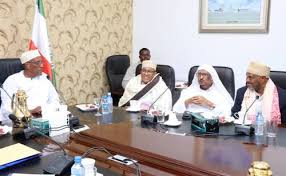 The talks which were supposed to be participated by all Somaliland’s three political parties have been postponed. The dialogue was expected to open yesterday. The Justice & Welfare party-UCID chairman, Mr. Faisal Ali Warabe urged the resumption of the stalled talks between the ruling Kulmiye party, UCID and Wadani to sit down together and bury the hatchet. The political parties delegates were supposed to discuss the parliamentary election standoff and the bone of contention which is the current National Electoral Commission. The talks were supposed to open at the presidential palace where all the two main opposition delegates were present and were anticipating the attendance of Somaliland president Musa Bihi Abdi. The opposition parties demanded the participation of the nation’s leader and urged that there were urgent issues that were important in order to address and make decisions so that the parties would go ahead with the parliament polls. The governing party delegates told the attendees of the opposition groups that the president was preoccupied with daily day tasks and would not come. Finally, the political parties ended the meeting whereby they agreed that the president will be informed in order to participate the upcoming meeting.