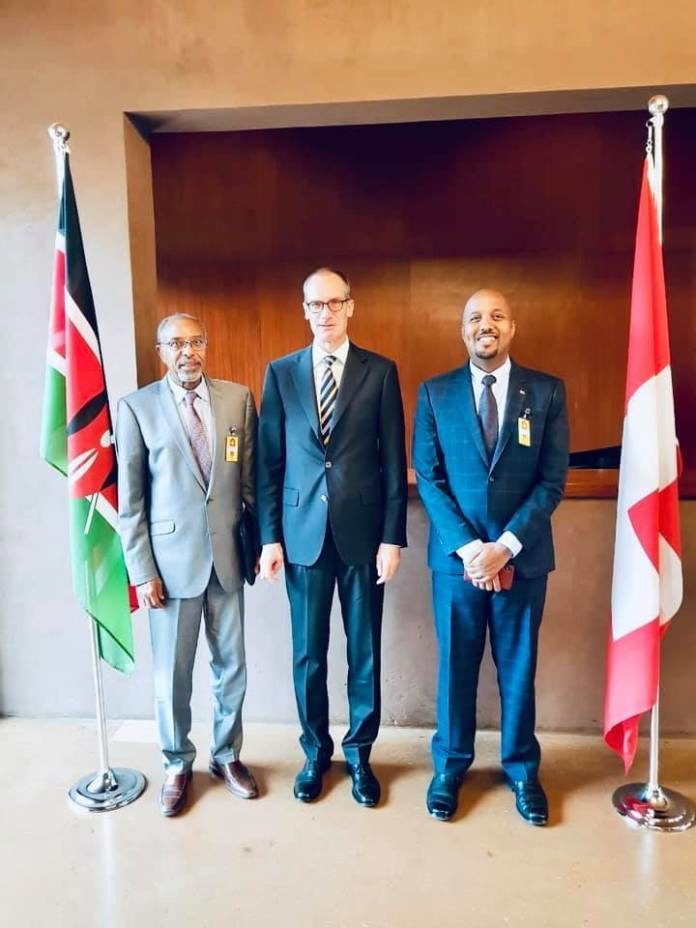 Somaliland, Switzerland are desirous to boost the existing cooperation between them. This was asserted after the current Somaliland representative to Kenya, Mr. Bashe Awil Omar flanked by the Captain Abdi Mohamed Rodol, the director of civil avaition agency in Somaliland on Friday met and held high level talks with Swiss ambassador to the Horn of Africa, Dr. Ralf Heckner, who is based in Nairobi, the Kenyan capital. Somaliland and Switzerland discussed ways to consolidate the cooperation in the areas of development. The resumption of the stalled talks between Somalia-Somaliland was also raised during the talks which was held at Swiss embassy in Kenya.