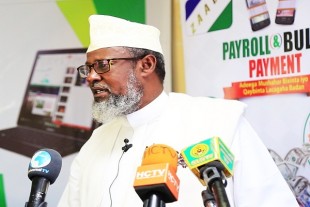 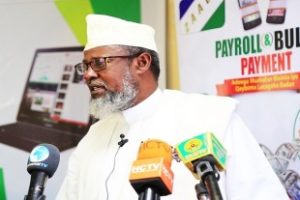 The state has resolved to review the Anti-rape and Gender Laws that threatened to unruffled many feathers in the nation for having clauses that seriously contradicted the basic Islamic Laws, Tenets, Traditions and culture for being tilted overtly towards secularism and by thus a lot of hues and cries emanated from a cross-section of the country.
First to reveal the good change of heart was the VP H.E. Abdirahman Abdillahi Seyli’i who acknowledged the seriousness of the matter hence pleaded for calm.
“The contentious Anti-Rape Laws should not be used to cause provocation hence it will be reviewed by addressing any religiously contradictory causes and those that are potentially explosive to the peaceful stability”, said the VP.
He made the revelations at the close of an all-parties summit that is bent on unifying the country and addresses several political bones of contentions. (Read story elsewhere in this issue).
While officially stating the reviewing of the said law, the minister of Religion and Endowment Hon. Sh. Khalil Abdillahi Ahmed announced that the law will be taken back to both the Lower House of Representatives and the Upper House (Guurti) of the bicameral national parliament.
The government acknowledged that some clauses or phrases in the Law that was contradictory to the mainstream religious Islamic Laws and traditions had to be addressed and expunged.
“Errors are to human and the best are those who correct them”, said the minister while quoting an Islamic tradition.
The minister however blamed hastiness that resulted from the outcries of rape cases being on the rise hence for swift formulation and enacting of a regulation to curb it.
He appealed to both houses of the parliament to be thorough and exercise diligence in their review.
At the same time, he thanked the populace for being sensitive to their religion and peacefully expressed themselves on issues that provoke Islamic traditions and tenets.