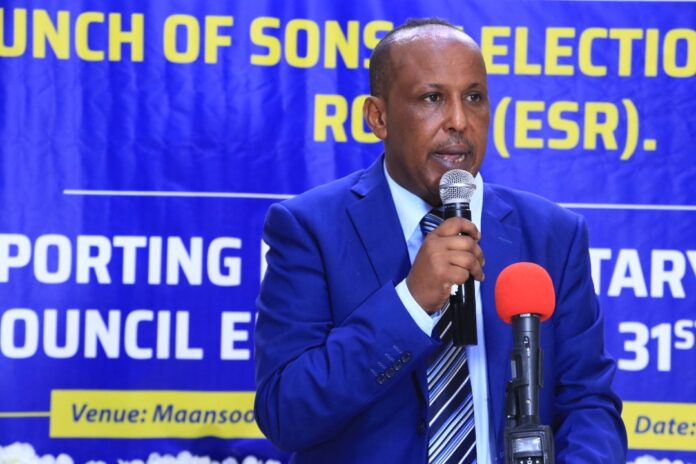 Somaliland Non-State Actors Forum (SONSAF), has held a ceremony in Hargeisa, and launched the Election Situation Room (ERS), which is aimed at monitoring the upcoming parliamentary and local council polls which is slated to happen on 31st May, 2021. The Chairman of Somaliland’s Electoral Commission (NEC), the leaders of the three political parties in Somaliland, EU representative to Somalia, Nicolas Berlanga Martínez, some of the female candidates in the upcoming polls and other members. SONSAF Chairman, Hon. Anwar Abdirahman Warsame, has formally launched the ERS on Sunday. He also said that SONSAF will share a report on the progress made towards election Day-May 31, 2021. Mr. Anwar stressed that Sonsaf will also present a report based on the voter registration that was conducted back in 2020 in nationwide. NEC Chair, Abdirashid Riyo-Rac, has said that he was excited with the work that SONSAF has done. He also promised that NEC is committed to hold free & Fair elections in Somaliland. Justice & Welfare Party (UCID) Chairman, Honorable Faisal Ali Warabe has urged SONSAF to keep its promise as it has launched Election Situation Room which is the first of its kind since SL has embraced multi party politics. Mr. Faisal called upon SONSAF to turn words into deeds. He said that SL is making a new history during the upcoming SL’s parliamentary and local council polls. Ahmed Abdi Dheere, the third deputy chair of SL’s ruling Kulmiye party, has thanked SONSAF for unveiling the election monitoring room. Abdirahman Irro, Wadani chairman has thanked the EU for finding the project. He particularly indebted to the EU representative to Somalia, Berlanga who was in attendance of the launch of the Election Situation room. Irro said that SONSAF has launched ERS thanks to the EU funds. He noted that the ERS will facilitate that elections will be transparent. Ms. Ayan Hasan, SONSAF director, has reiterated that SONSAF is committed to support female candidates in the upcoming polls. In his remarks Mr. Berlanga, has welcomed the launching of ERS. He also said that once SL citizens go to the polls that this will be a clear message to the neighboring countries which will show that SL is a democratic country which elects its House of Representatives as well as local councils by one man one vote. The Election Situation Room (ESR) is a situational analysis platform to observe, report, analyze and facilitate responses to conflicts that arise during elections which will take place on 31st May, 2021. 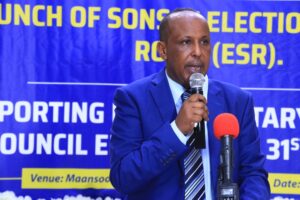 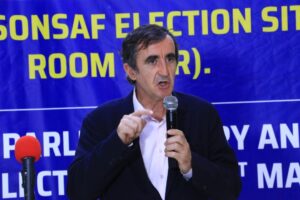 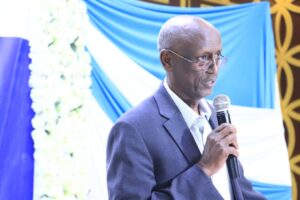 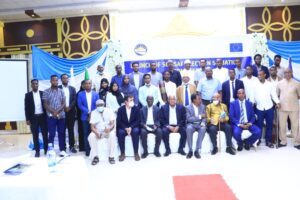