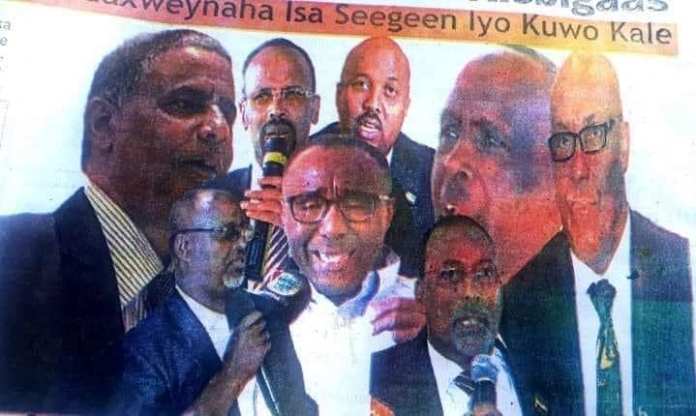 Somaliland’s ruling party Kulmiye has expelled several members from the central council in what is interpreted as the latest purge of the party.

Those who were kicked out from the central council have been in the party for ages.

The officials list of the names of the new members of the central council has not yet been officially released.

Reliable sources indicate that long standing members who served in Silanyo’s administration have been purged from the party’s central council.

Kulmiye ruling party held its 3 day General Assembly which kicked off on the October 4.

Details are sketchy as to why those officials have been expelled from the ruling party’s central council as they have not publicly announced their exit.

Among the purged members are officials who spoken out against President Musa Bihi and the Kulmiye party prior to the GA.

Among the high profile members that have been purged from the ruling party’s central council are as follows:-

Lawmaker by the name of Abdilahi Balaki