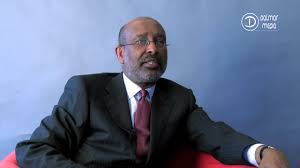 Last week, a panel discussion was held in Hargeisa on whether to resume talks between Somaliland and Somalia. Inspire youth group hosted the discussion, which featured a group of five panelists, including Mr. Ahmed Ismail Samatar, James Wallace professor of international studies at Macalester college, in St. Paul, Minnesota, who was also a former candidate in Somalia’s  2012 presidential elections.

But what stunned me was Mr.Samatar’s blatant lies about Somaliland’s quest for diplomatic recognition is misleading the public, especially the youth, whom most of them were born after 1991. During the discussion, he stated the reason why Somaliland has failed so far in recognition is because all respective of the nations’s administrations, the way he put it, “never presented to the rest of the world a well thought, coherent and credible argument why Somaliland should become a sovereign state.”

He then went to elaborate his bogus point; he told the audience an event that took place in Macalester College in May 2018. Macalester College was honoring one its famous alma mater, the late secretary general of the United Nations, Mr. Kofi Annan and noble prize winner by renaming of the Kofi Annan Institute of Global Citizenship in his honor. Mr. Annan was a member of class ‘61.

After the dedication ceremony was over ; Mr.Samatar said that he invited Mr. Annan to his house. And then Mr. Annan asked him how about the political landscape of Somalia. According to Mr. Samatar, when he mentioned about Somaliland, Mr. Annan had trouble recognizing whether it existed.

But here are the facts that I want to corroborate Mr. Annan’s knowledge of Somaliland people’s aspirations for independence. In fact, Kofi Annan  met with the late Somaliland President Egal at the United Nations during his trip to the U.S. in October 1999. Former assistant secretary General of the UN, Abdulrahim Abby Farah, and Somaliland Foreign Minister, at that time, Mr. Mohamud Nur aka (Fagadhe), accompanied Egal at the meeting with Annan. All of those fine people passed away, but the only surviving witness of that fall New York meeting, Mr. Aniis A. Issa, who was Egal’s scheduler, resides in Washington DC.

After the Egal visit, on Nov 26, 1999, the  New York Times story reported: “Both Mr. Annan and American officials have discussed a kind of compromise — a special status, similar to the West Bank or Kosovo that would allow  Somaliland to gain loans and more aid from outside nations without full recognition.”  Egal had succeeded in convincing with the United Nations and the U.S. an idea for Somaliland could receive investment, trade with the rest of the world, and develop its natural resources.

In 1993, Admiral Jonathan Howe, an American, who was the UN special representative to Somalia, visited Hargeisa, and met the Egal.Mr Howe reported directly to Mr. Annan, who was the head of the UN peace keeping operations until 1999. Mr. Annan was deeply involved the political dynamics of Somalia, including Somaliland.

Moreover, again, in 1993, Egal expelled all UN staff from Somaliland because they were undermining his efforts to build a functioning state structure and to unite Somaliland people. Let’s not forget, it was a tumultuous time in the history of our younfg nation: Militias belonging to the subclans who challenged Egal administration’s authority were controlling the airport, and were getting support from the UN through a proxy factional leader, Gen Jama Ghalib. And most of Hargeisa’s buildings were completely bombed out or roofless by the barbaric attacks of the Siad Barre military.

Egal and the United nations had a contentious relationship until he passed away in 2002.Nonetheless, he communicated directly with Secretary Annan in 2000 with a letter that he protested the bullying of the Djibouti dictator, Ismail Geulleh, for closing the border between Somaliland and Djibouti.

The United Nations even had strategies and special office dedicated solely to tackling Somaliland question. For over two decades, the Samatar brothers were actively members  of a UN financed and sponsored groups, who have been lobbying hard and spreading smear campaign against Somaliland’ people rights for self determination.

Given Mr. Samatar’s past record of supporting every fictional Somali governments while belittling Somaliland, I was bewildered to see the hero welcome he received from the corrupt Silanyo administration. Mr. Hersi Hassan who has been the de facto leader during the former Silanyo administration allegedly gave him bags full of cash.

And now, Mr. Samatar is spreading false narrative about the efforts of the Somaliland trailblazers, like Dr Bulhan and others, who have been fighting for our cause when Somaliland was not even  a household name, is not only a mockery on their sacrifice, but also is a disservice to the Somaliland people.

Moving forward, there is no option other than a free and independent Somaliland because the people had already decided their own political future through a referendum in 2001. We are not seeking the advice or the lectures from unscrupulous, political panhandler jockeying for a position in the Bihi administration.

The fate of our country, albeit imperfect, depends on us because there is no group, party or factions in Somalia to which Somaliland needs to be negotiated. We do not want to be drag into “quagmire and chaos” that characterized present day Somalia, as Mr. Samatar is advocating.

Enough is enough. We must push back Samantar’s lies and smear campaign against Somaliland’s struggle for diplomatic recognition. He does not deserve the attention, the cajoling, the platform, or the bribes some people are showering him. It is time we define his true color. I hate to say Sorry, but Mr. Samatar’s last gasp mocking Somaliland’s pursuit of recognition is beyond absurdity.

Ali Mohamed
Founder and Editor
Gubanmedia.com, an online source of news and commentary about the Horn of Africa. He can be reached @ alidm18@gmail.com