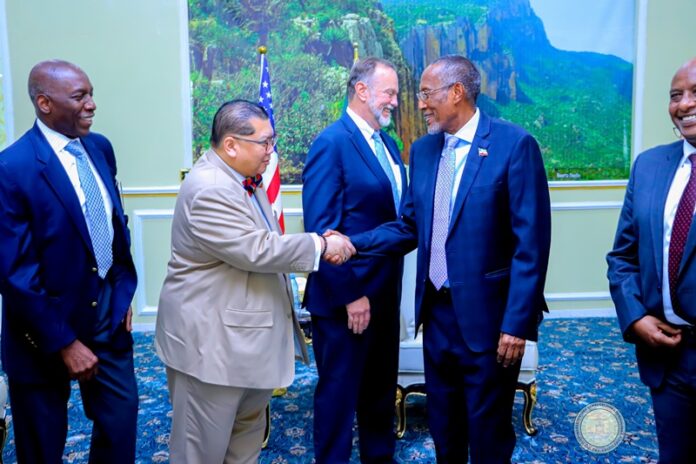 The high powered delegation has embarked an official working visit to the republic of Somaliland.

President Bihi has briefed the visiting US ex-officials on the progress that Somaliland has made over the years. The Head of State reiterated that Somaliland succeeded thanks to the cooperation between the pervious administrations and SL populace.

The President emphasized that Somaliland’s democracy led to the peaceful transfer of power from previous leaders who were democratically elected in one man one vote.

The Int’l community plus the African continent sees Somaliland an oasis of peace, stability and multi party system that Somaliland embraced in 2000.

The Head of State has thanked the delegation for paying a visit to Somaliland.

The US delegation thanked the government of Somaliland for the cordial reception that has been accorded.

The delegation visited various places and reiterated that Somaliland is progressing by leaps and bounds.

The delegation has stressed that Somaliland and its populace must keep up the cooperation between them in rebuilding the country.