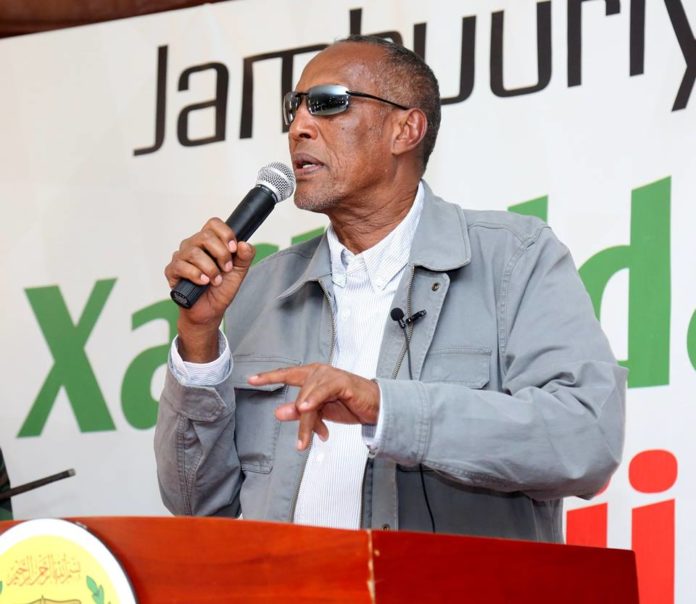 HARGEISA– The Head of State H.E Musa Bihi Abdi on Sunday officially launched the national military service for young men and women in Somaliland. The incumbent president of Somaliland has announced the country’s discontented youth should attend a mandatory national conscription once they finish their education. The launching ceremony saw the attendance of the president, the parliament speaker, national political parties, chiefs of armed forces, presidents of universities, members of cabinet and other guests. The project which is initiated by the president of Somaliland all graduates from local varsities in Somaliland is mandatory undergo military training. The men will undergo three months training at Mandheera military camp.