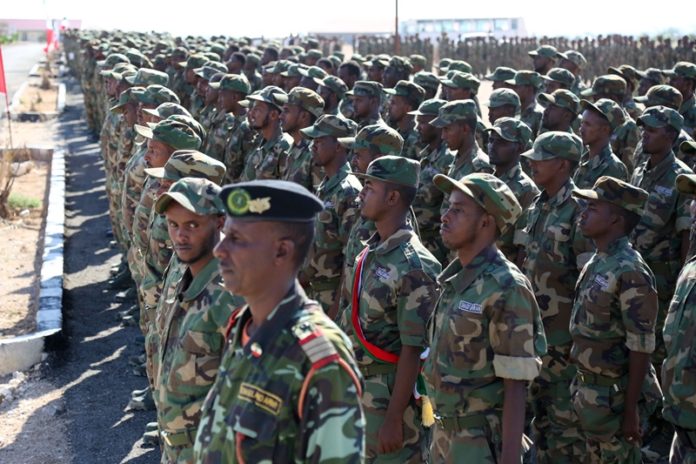 part of the National Service programme at the Carbis Academy in Dararweine. The ceremony was the conclusion of a three month training programme for 1500 Somaliland graduate students, who will now embark on a nine month National Service across the county in various capacities. Congratulating the graduates, President Muse Bihi praised their dedication to their country and it’s citizens and remarked on the journey that lies ahead of them, which in his words “is an invaluable opportunity to be of service to the people of Somaliland and learn about their country, it’s people, geography, history and culture”. The President also reminded the graduates that until the age of 65 they will remain as part Somaliland Defence Forces Reserves.

The 1500 graduates which include both, young men and women, are the first batch of the new National Service project and are all volunteers who participated in an exam to join the programme.

The ceremony was attended by the several senior dignitaries of the government, parliamentarians, the media and the family members of the graduates.