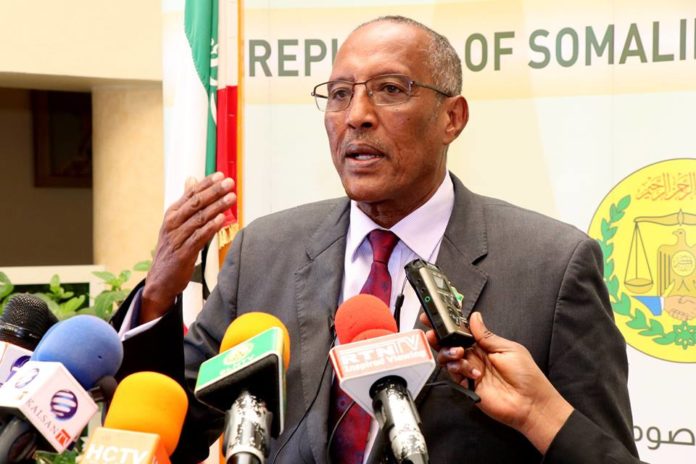 The slain of two Somaliland police killed in line of duty prompted the Head of State today issued an emergency proclamation for Garadag, Eil Afwein and Erigavo, the provincial capital of Sanaag.

The president exercising the powers enshrined in the constitutional has announced that the above mentioned regions will remain in a state of emergency due to lack of security.

Mr. Bihi has ordered the armed forces to resume the full responsibility of taking charge of the security until the security is maintained.

The armed forces in Somaliland will mobilize and set to carry out man hunt operations aimed at apprehending the perpetrators of the killing of two police officer on duty in an ambush which sparked public outcry in Somaliland.

The armed forces will remain in charge of the control of the provinces for three months according to press release.

Unknown assailants gunned down the two police offers while on duty yesterday in an ambush.

The presidential spokesman has said that the gov’t is determined to arrest the culprits who carried out the barbaric and heinous killing of two innocent police officers.

Tension is running high in Garadag where the two police officer were killed. The new state of emergency law imposed upon the insecurity regions will be tabled at the joint session of Somaliland parliament.