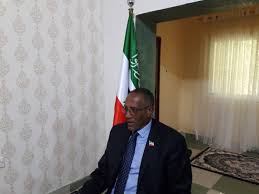 A high-powered  Somaliland delegation led by the incumbent president, Musa Bihi is due to pay  a courtesy call to Sweden after having received a formal invitation from Swedish Christian Democratic party (KD). The president set to fly to Sweden tomorrow. Sweden is among the European Union that hosts large number of Somaliland community. In addition, it is part of the donors that generously contribute to Somaliland Development Fund. (SDF). The Head of State is expected to hold talks with officials from Swedish political parties and Somaliland community in Sweden. Somaliland recently has pointed out that Sweden is country that has shown its interest in hosting and mediating the stalled Somaliland-Somalia talks. The president is expected to be accompanied by members of his cabinet including the foreign, finance and other officials. The presidential palace has not so far spoken of the president’s visit to Sweden.