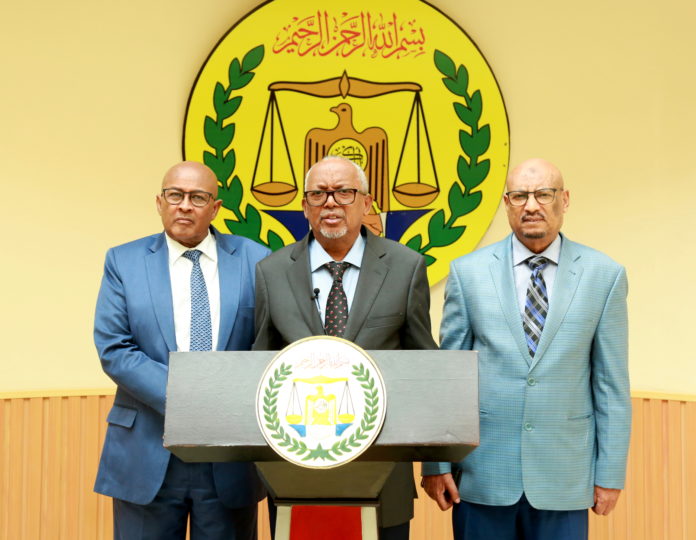 Somaliland President, Musa Bihi Abdi has hosted the opposition leaders at the presidency on Thursday for the second time.
The President has welcomed Abdirahman Irro and Faisal Ali Warabe at the presidential complex.
The two sides held talks on resolving the prolonged deadlock which was triggered by the inclusion of controversial figure in the newly formed National Election Commission.
The mediation committee voluntarily undertaken the duty to break the standoff and issued three point resolution.
The president and the two Opposition leaders have agreed to resolve the protracted dispute on the 10th of January, 2020.
Wadani party leader, Abdirahman Irro, speaking after the meeting with the president, has told a good news to the public that the squabble among the political parties will be brought to end in the beginning of 2020.
He also reiterated that the stakeholders have agreed to work together realize the implementation of the resolutions passed by the voluntary mediation committee and overcome current obstacles. 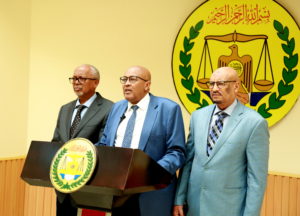 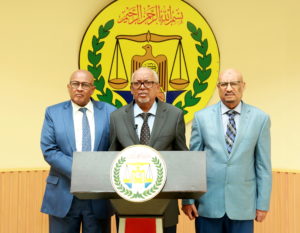