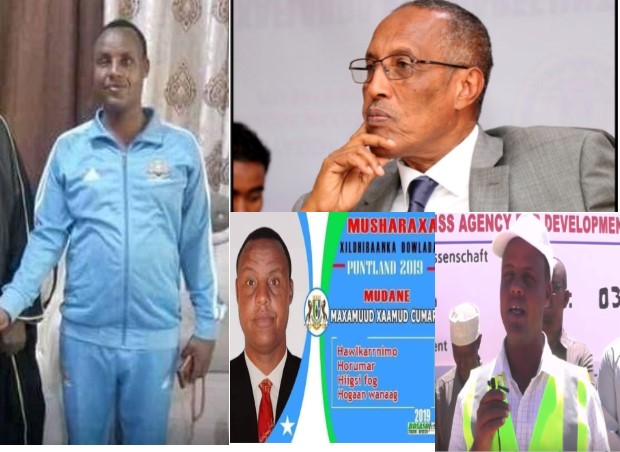 The newly appointed Badhan governor is being staunchly anti Somaliland and the president of the republic is urged to make fact check before rushing to nominate officials who have been accused of sabotaging Somaliland aspirations.

The new governor is accused of having deep rooted political and trade links with Puntland, the number one foe of Somaliland.

The Head of State of Somaliland on the 22nd of June, 2019, made a breif reshuffle saw the appointment of Mr. Mohamed Hamud Omar as the new governor for Badhan in the east of Sanaag province.

The post was resigned by Mr. Ali Husein aka Ali Somali where a group of Somaliland soldiers defected to Puntland.

It was seen that Mr. Mowlid, the newly appointed governor for Badhan dressed with Somali flag sports jersey.

He also was a candidate for Puntland parliament which was chosen on the basis of clan elders selection process.

Mr. Mawlid, the new governor that president Bihi nominated to post recently was among high powered delegation compromising of elders from eastern Sanaag and came to Hargeisa on the invitation of Somaliland leader.

He was anti Somaliland and was against the demarcation of the imperial border which prove that Sanaag is part and parcel of Somaliland.

He is said to have deep political connections with the current parliament speaker of Puntland, Abdihakim Mohamed Ahmed aka “Dhoobo Daareed”.

Puntland parliament speaker lost in touch with Mr. Mawlid after Dhoobo Daared was named as the House speaker.

He is a shareholder of Sanaag construction Co which is registered in Puntland and receives the implementation of development projects from Puntland authority in order to implement in eastern Sanaag province.