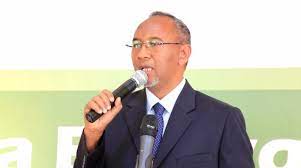 The Chairman of Somaliland’s Wadani opposition party Hirsi Ali Haji Hassan was summoned and taken by police to the Criminal Investigation Department (CID), in what his party said was an attempt to gag the freedom of expression.

The move comes after a recent speech by the opposition figure and it is believed to have summoned him for interrogation about his remarks.

President Musa Bihi Abdi of the Republic of Somaliland announced the registration of political associations, in which the opposition claimed that the move is aimed at delaying the scheduled 2022 presidential polls in Somaliland.