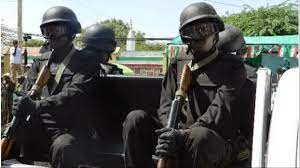 Security forces said they have arrested suspects in Buroa, Togder’s provincial capital for plotting to carry out attacks during Independence Day celebrations across Somaliland’s major cities. A police said the suspects two men and one female who had explosive devices were apprehended in a police operation. security operation acting on intelligence report raided the residential place that the suspects were on the lam. The three suspects have been transferred to prison facility in Hargeisa, Somaliland’s capital. The attack that was foiled by the specially trained Rapid & Response Unit of Somaliland police was meant to undermine Somaliland’s national security.