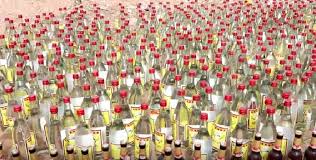 HARGEISA–Hargeisa regional court, the regional persecutor and the security officers on Wednesday have destroyed 650 illicit alcohol bottles in the capital Hargeisa.

The court has convicted three suspects who were caught smuggling banned wines into Hargeisa.

Officials from Hargeisa regional court, the persecutor’s office and the police commissioner have poured the alcohol drinks into the sand and destroyed in public.

Although two suspects are yet to be arrested, Hargeisa regional court has sentenced the detained individuals to three years of imprison and fined all of them three million Somaliland Shillings.

The court also fined the car transporting the illegal items, to five percent of its current price.

Due to recent changes in police leadership, Somaliland police have increased their combat against smugglers of illegal drugs such as alcohol, weeds and meth drugs and arrested numerous persons in the main towns of Somaliland.

The new police command has appealed to the nationals to avoid the illicit business and urged them to report cases of individuals trading on drugs.

Somaliland is 100 percent Muslim country with strict regulations on alcohol use.

All kinds of alcohol are prohibited under the Somaliland laws and in correspondence with Islamic Sharia tenets. 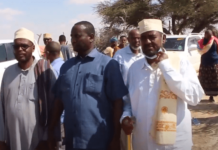 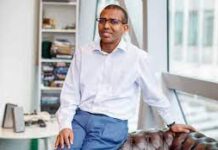