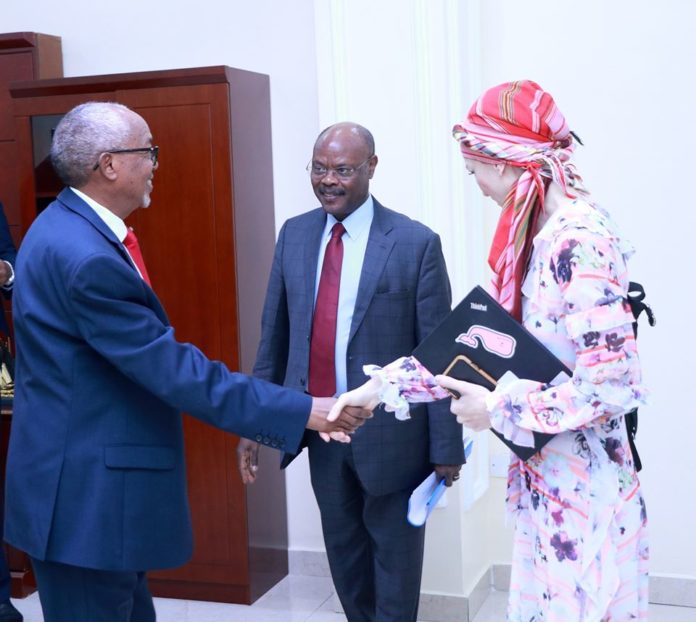 Hargeisa, 29 January 2020 – Senior United Nations (UN) official, Mr. Adam Abdelmoula, visited Somaliland from 27 to 29 January, to discuss humanitarian and development priorities with the Government, NGOs and UN agencies. Having worked in Hargeisa between 1999 and 2002, this was the first time Mr. Abdelmoula returned, after being appointed as Deputy Special Representative of the UN Secretary-General (DSRSG), Resident and Humanitarian Coordinator in late 2019.

Meeting senior members of the Government, including Vice-President Mr. Abdirahman Abdilahi Ismail “Saylici”, Mr. Abdelmoula emphasized the need to address long-standing challenges: “We know that Somaliland and the surrounding area is frequently affected by droughts and population displacement.” He added, “These should not come as surprises to us, yet the scale of these problems has remained more-or-less constant over the past 20 years. That tells me that we need to look at different ways of responding to them.”

After meeting with Minister of Planning and National Development Mr. Hassan Mohamed Ali “Gafadhi”, the Deputy SRSG said, “I look forward to coming back for a longer visit and deeper discussions with our development partners in the Government, as we begin preparing the next UN Cooperation Framework.”