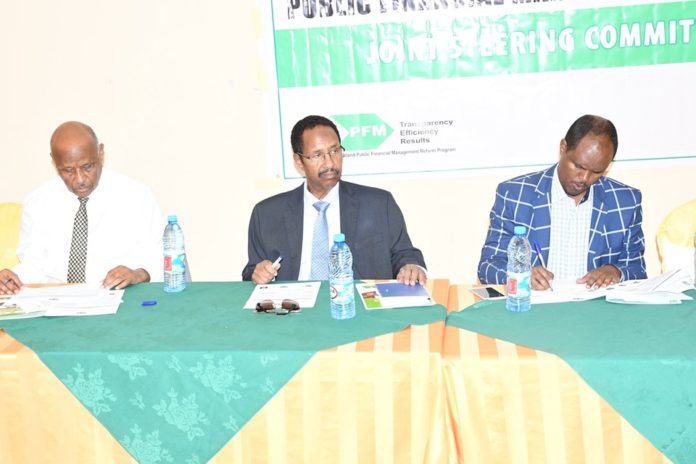 The JSC is a critical mechanism for gauging reform achievements against plans, and provides oversight and guidance for meeting the PFM pillar of objectives and ensures cohesion and coordination of the various components of the PFM Program.
The JSC was chaired by the Deputy Minister of Finance Development, Honorable Abdulkadir Mohamoud Sheikh and attended by key PFM stakeholders.

The PFM strives to achieve the highest possible efficiency, transparency, and accountability in the allocation, management and use of public finances to meet the GoSL’s development and economic growth priorities