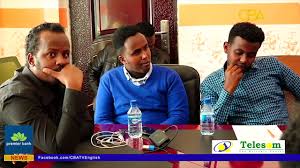 The chairman has deplored that the journalists who have contributed so much to SL success and accused of treason by the government without any evidence.

He said this is not new thing since Kulmiye Party government used it to level the same accusations at Wadani party in the past.

He added that the gov’t in this regard with as far as fabricated documents and photos.

This follows a recent allegation that thirty journalists in Somaliland are in the payroll of Somalia’s deputy PM.

The accusations were made by the ministers of interior and the information, Mohamed Kahin Ahmed and Sulieman Ali Koore respectively.

Abdirahman Irro met with SL journalist at his party headquarters on Thursday morning.

The journalists shared with the chairman the challenges they are faced with in their line of duty.

Abdirahman acknowledged the difficult condition that SL journalists operate in and expressed his support for the freedom of the press which is enshrined in the country’s constitution.

On the other hand, he appreciated the role of Sl’s independent media and the good reputation abroad.