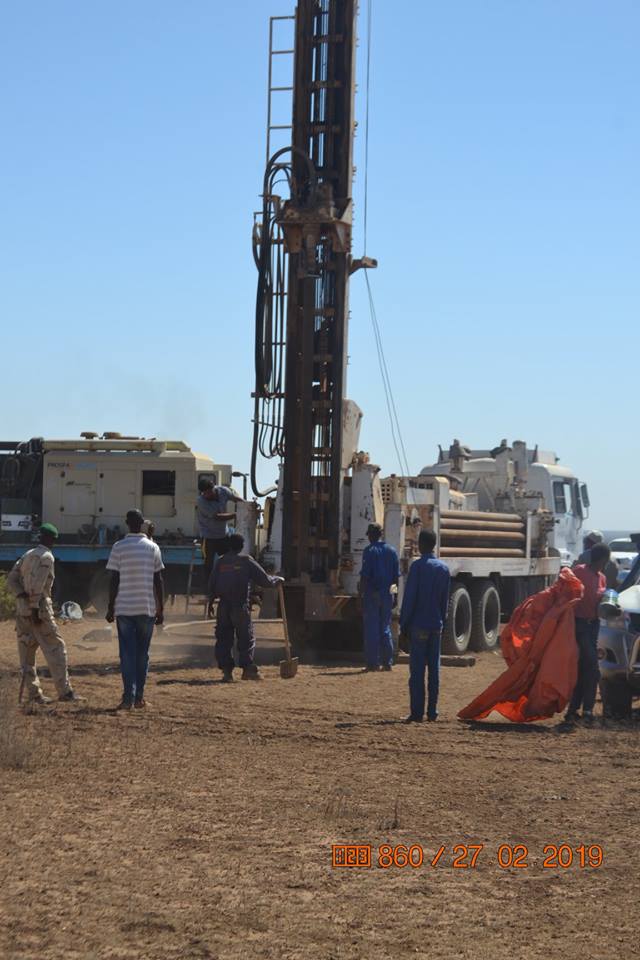 Tog Wajale–The minister of water affairs, Mr. Sulieman Yusuf Ali aka Koore and the minister of agricultural development, Mr. Ahmed Mumin Seed have laid the foundation stone  of the first water well in the Tog Wajaale plain which is aimed at increasing local production in Somaliland. The funds for plunging the the water well was paid by Kuwait government.  The minister for agriculture has said at the function that he is expecting to get irrigation equipment from Turkey. He thanked the government of Kuwait for providing the funds.