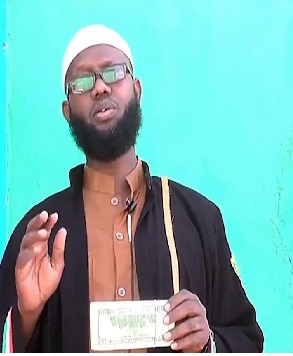 Wajale- Security forces nabbed a man who crossed the border from Ethiopia with forged money estimated to be $5,900 in Wajale. The judge at the district court in Gebiley, Mr. Mohamed Omar Dhimbil who presided over the case has told that the man has confessed the crime. The judge stated that the man brought the money from Ethiopia with the intention of exchanging the forged money. He was sentenced to 4 years of imprisonment and a fine of 5 million shillings. The Judge reported that this is the third time that he encountered with people accused of having counterfeit money in the border town of Wajale.