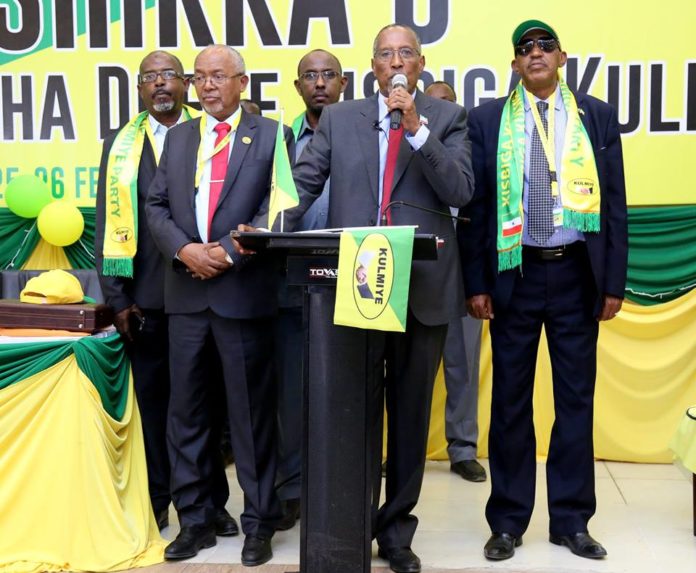 BORAMA– The 6th plenary  of central committee meeting of Kulmiye ruling party in Somaliland concluded today in Borama after two day gathering. At the meeting, the Party Central Committee approved several resolutions and conclusions. 200 members of the Central Committee approved 65 new members who were inducted into the committee. The seats where vacated by either members who deceased or who were expelled. Five members were expelled by show of hand who were accused of breaching party norms.