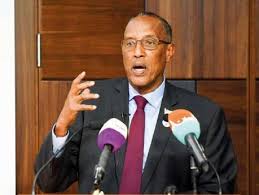 HARGEISA–All diplomats and foreign campaigners for Somaliland’s quest of an international recognition will come to Hargeisa.

Details are sketchy but as reliable sources said that the incumbent president, Bihi has invited them to attend a broad based conference which Somaliland is hosting.

The main mission behind meeting with Somaliland friends across the globe is to build a network of diplomats and lobbyists who campaigned for the country’s recognition around the world. The current government sent invitation to the veteran diplomats and friends are are expected to arrive in the country in October.

Dr. Greg Mills is among the experts and foreign diplomats who has confirmed that he will be coming to Somailand in a bid to attend the high level conference which is scheduled to kick off in October this year.

Mr. Greg is South African by nationality and has been a staunch advocate for its quest for statehood and wrote articles in many well known newspapers in the world asserting that the country has fulfilled all criteria for statehood and deserves recognition.

Diplomats who represent their countries of origin currently will also be arriving in Hrageisa for the attendance of the conference.

The foreign diplomats established diplomatic ties with Somaliland during the administrations of late President Egal and ex-president Dahir Rayale Kahin where Somaliland was on the brink of getting an international recognition.