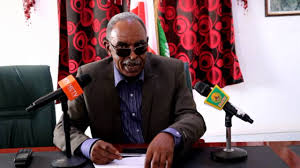 A two week ultimatum was given to all media houses in Somaliland to abide by the new order from the ministry and the order is expected to take into effect. These will further put a lot of pressure to the editorial independence enshrined in the country;s constitutional. Media associations in Somaliland have condemned the move which they interpreted as means to further gag Somaliland free press. The current administration is said to have zero tolerance policy towards media outlets that are critical to the gov and the only thing they do is to arrest reporters and close media houses without following the legal procedures.