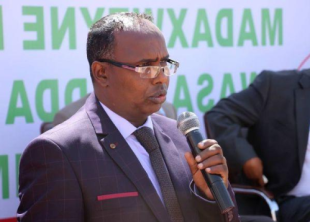 Somaliland authority has said that it has dispatched medical supplies to Lasanod General Hospital in order to treat those who have been injured in the inter clan fighting that broke out in Dhumay settlement.

The Director General of the ministry of health, Hon. Mohamed Abdi Hergeye has said that the injured received medical attention from Lasanod, Burao and Hargeisa hospitals.

The DG has asserted that the ministry has mobilized doctors and nurses working at Lasanod General hospital to work around the clock and also sent a truck carrying medical supplies to the town.

The DG has confirmed that some of the wounded have been admitted at Hargeisa General Hospital to further provide treatments to the victims of the inter clan skirmishes that erupted between the two brotherly clans.

Mr. Hergeye has debunked media rumors that accused the ministry of not living up to its promises to conduct treatments to the injured.