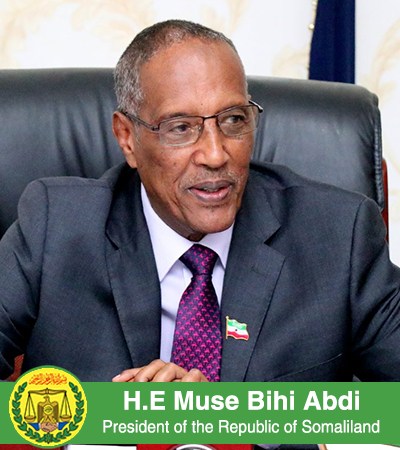 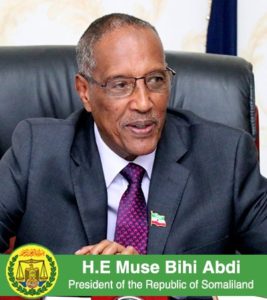 HARGEISA– The Head of State of the republic of Somaliland has sent a cable of felicitation to Burao varsity graduates.

The Press Release from the Presidency is written as below:-

“The president of Somaliland H.E Musa Bihi Abdi is very pleased to send his heartfelt congratulations message to graduates students of Burao University on the eve of their graduation ceremony held on 6th September 2018.”

The Togdheer region university was holding her 8th graduation function since her inception.  The president was saddened that the university administration did not send him the invitation to attend to this historic event.

“The president attends to many graduation ceremonies however the universities management sends the head of state invitation a few days in advance for security reasons. This time round however the Burao University management failed to bring the graduation celebration to the attention of the president hence should blame themselves.” the press statement read.

The Director General in the office of the president attended the function in his private capacity since he was on private business in the region.

The president wished the Burao University graduates the best in their future, urging them to become those who will benefit the religion, country and people with the knowledge implanted.