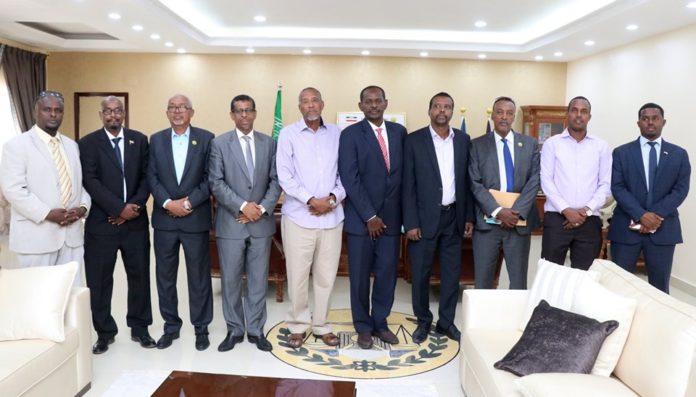 HARGEISA–The president Musa Bihi Abdi on Saturday hosted Djibouti parliamentarians that participated May 18 celebrations. The meeting held at the presidential palace, the Head of State has thanked the delegation of Djibouti parliamentarians in taking part May 18 commemoration that was held across Somaliland. The parliamentarians have passed regards from Djibouti Head of State to Somaliland leader and its people on the occasion of its independence day. They lauded the country’s flourishing democracy and stability in Somaliland. They said that Somaliland could set a shining example to the rest of the Horn in regard to being dubbed as oasis of peace, democracy and tranquility. The president stressed that Somaliland and Djibouti share historical and fraternal ties that is unshakable. He also highlighted the importance of boosting security and trade ties.