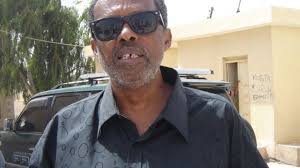 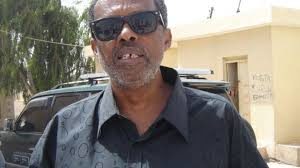 HARGEISA— The 4 years siege on Haatuf newspaper and its sister newspapers has come to an end on Saturday 1st of Sept. 2018.

The newspaper’s license was revoked by the former administration led by Ahmed Silanyo after powerful minister accused the paper of defamation. The government has removed the police who besieged the newspaper’s headquarters which has been under siege for more than four years. The acting commissioner of Marodi Jeh province, Hon. Yahye Hussein Yusuf speaking on behalf of the regional commissioner has announced the police removal from Haatuf newspaper headquarters. The police chief at Hargeisa Central police Station, Hon. Muse Hasan Kahin also spoke of the siege which has come to an end. The founder and Publisher of Haatuf newspaper has been handed over to the besieged compound.

The Acting commissioner said that they are in a position to implement the regional court’s appellate decision which calls the immidiate lift of the ban on the newspaper. Hon. Yusuf Abdi Gabobe has blamed the former government for the injustice that he was done to his business. The Newspaper was out of operational for about four years and half. Mr. Gabobe has argued that the court verdict only banned the publication of the newspaper but it did not mention that his property were to be confiscated. The founder says that they are seeking compensation at the court which is smoothly going on. He said that having Haatuf, the Somali newspaper banned but the English, SomalilandTimes and Arabic version were also banned without a court decision to revoke its license and that is the injustice that he has talked about.

Hon. Nasir Nawa is a long standing reporter and has recalled on the day that police siege the newspaper headquarters. He said that he is now jubilant to see the removal of police and that the newspaper will restart its operations after four and half years absence due to the ban in place. Human Rights and Media Association have decried the ban which they said that it was a total breach to the freedom of expression and the government’s muzzling of free media in Somaliland.