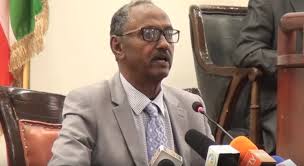 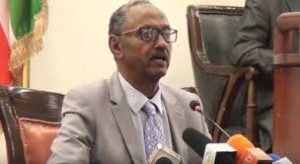 HARGEISA–The government of Somaliland has announced on Sunday the barring of fuel imports from Ethiopia which passes through Baligubadle as it border with Ethiopia.

The ministry of trade has issued the announcement which it has stated clearly that the having the government been recently taken over Berbera Oil Terminal that it is seeking a market for its fuel in the country. Some of Baligubadle residents have cried foil of fuel imports from Ethiopia as they have said that this is meant depriving economic progress from the region.

The price of fuel is still high and if the government is adamant of its decision to discontinue the fuel that traders from Somaliland import from Ethiopia that the fuel price will go from bad to worse. According to reports that government generated a lot of revenues from customs in Baligubadle due to trade booming as Ethiopia uses Berbera port for imports and exports. Somaliland has resolved due to contaminated fuel that has been brought to the country which caused widespread break down of vehicles in the country.

Former president Ahmed Silanyo who transferred office in late 2017 to his successor the incumbent president privatized Berbera Oil Terminal which later forced President Bihi to reverse that decision and brought the Fuel Storage facility under the gov’t control.