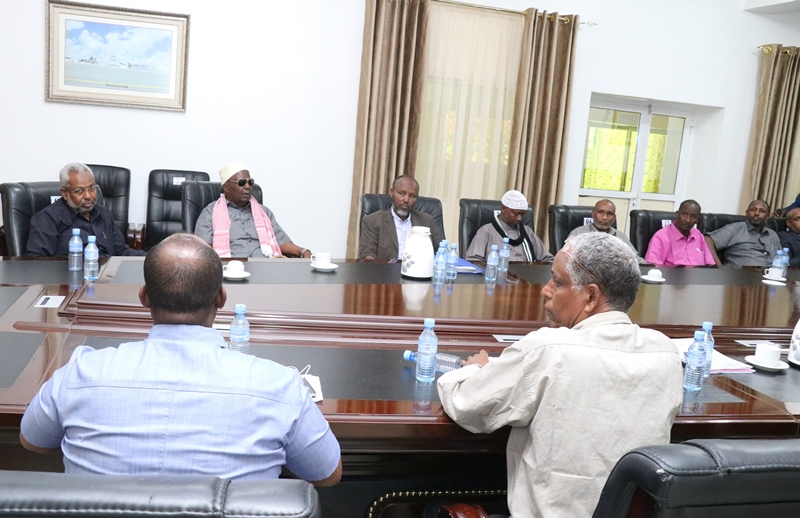 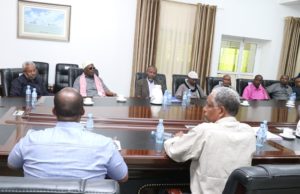 The government held a broad based talks  today with private businessmen that were in charge of Berbera Oil Terminal. The gist of the meeting which was held at the presidential mansion was aimed at reaching a common understanding on the stand off between the two sides after the current administration led by president, Bihi has recently taken over the running of fuel storage facility in a presidential decree and revoked its privatization.

The gathering saw the attendance of the Head of State, H.E Musa Bihi Abdi and was accompanied by the minister responsible of treasury, the newly appointed manager of Berbera Oil Terminal and the businessmen that used to be in charge of the fuel facility storage. The chairman of the traders that was in charge of the BOT, Hon. Ali Yasin Koshin said that they are ecstatic with the way the government is preparing to assume the running of BOT. He addressed that all their gripes will be resolved by means of talks and has further debunked that the traders and the government are not in conflict over the Berbera Oil Terminal. He asserted that all has been discussed and things are going very smooth and promised that they will work with the new manager that has taken over the duty of being in charge. Hon. Musa Dalab who is a member of the committee that used to run the BOT stated the meeting ended in success. The newly appointed manager, Hon. Ahmed Embassy has announced that all disagreements were settled by dialogue.