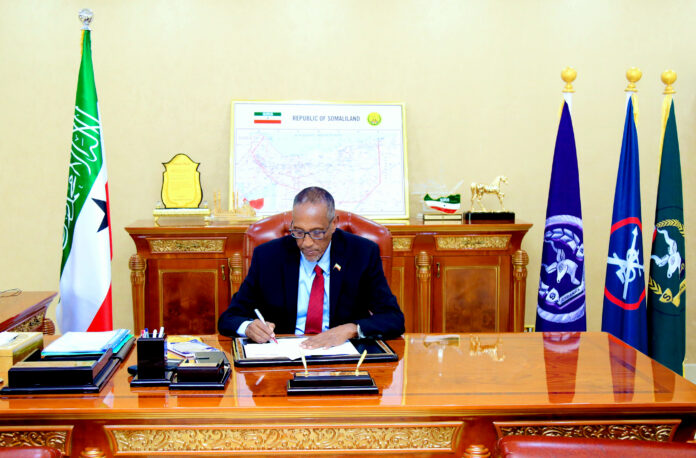 HARGEISA–Somaliland government bans its citizens from participating in Somalia’s political process. This was disclosed in a presidential decree that the office of the presidency has released on Wednesday. The decree issued by Somaliland President H.E Musa Bihi Abdi clearly stated that all SL citizens are barred from taking part in Somalia’s political process and will be identified as committing national treason. The statement from the presidency stated further that government officials have the prerogative rights to attend gatherings between Somalia and Somaliland. Those who violate the decree will be brought before a court of law and no one will be pardoned unless he/she faces the court charges. The Head of State has informed all security agencies as well as law enforcement agencies to enforce the decree and the verdict of the two houses of parliament so as to keep and maintain Somaliland’s sovereignty intact. This decree could upset many Somalilanders who are now in Mogadishu and participating in Somalia’s electoral process.  SL government has made clear that Somalia’s politics has nothing to do with Somaliland. SL called on Somalia to make their own decisions and hold credible polls that are free and fair. Somaliland recaptured its lost independence from Somalia in 1991.