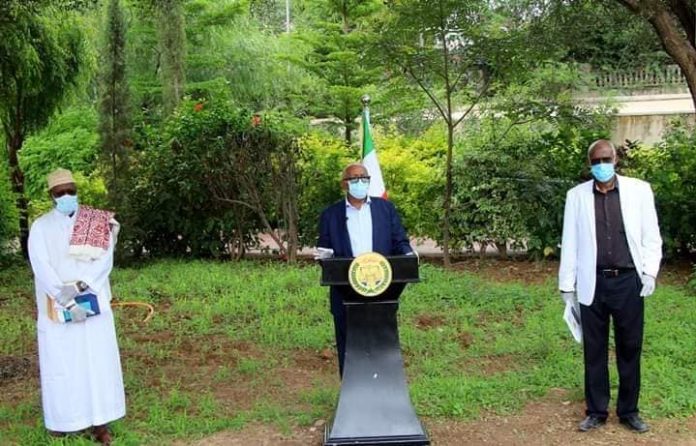 Somaliland government has announced on Thursday that it has banned Khat trade during the holy month of Ramadan.

The ban imposed on Khat was reached after Covid-19 preparedness & response committee have held a meeting with Khat traders and decided together that Khat will be banned.

Somaliland is expected to observe Khat ban for 21 days starting from 26th April to 21st May two days prior to Eid-al-Fitr celebrations.

This was announced by the chair of Covid-19 preparedness and response committee, the deputy Somaliland president, Abdirahman Sayli’i.

It is informed that regional and district level administrations, armed forces which are tasked to maintain security that they have to seize transport vehicles carrying illegal Khat.

The VP has informed security forces to burn illegal khat.

People who are caught smuggling Khat into Somaliland will be tried at the courts.

He expressed thanks to the Khat traders for wholeheartedly complying with the government directive of banning Khat trade.

He added that Khat traders will work with the government in enforcing the Khat ban.

Somaliland has imposed strict measures aimed at containing the spread of deadly Covid-19.