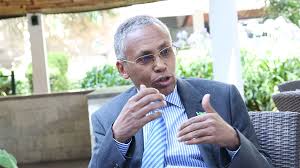 In May 2018, Somaliland celebrated its 27th anniversary since its secession from Somalia with its fifth president elected in November 2017. In this period, Somaliland has numerous accomplishments to show in peace-building, state-building, economic recovery and development, and social advancements. As far as state-building and political system of the country is concerned, traditional, homegrown, clan-based political system was initially established, followed by democratization and transition into a democratic political system. Although there is hybrid system and pure and mature democracy is yet to be achieved, this infant nation managed to hold six democratic elections: three presidential elections in 2003, 2010 and 2017; two local government elections in 2002 and 2012, and a parliamentary election in 2005.

However, Somaliland, like every seceding territory, has one principal aim: to achieve official recognition and de jure statehood. Unfortunately, it did not acquire official recognition from a single nation in 27 years. It is then going to be fair for many Somalilanders to question what went wrong and if we are on the right track or have the right mechanism, including the foreign policy, to realize that goal.

Both Egal and Rayale administrations made quite a few recognition seeking attempts and efforts and reached out to various nations, predominantly in Africa and Europe. On the contrary, the Silanyo administration shifted the recognition seeking efforts to Mogadishu all of a sudden. In 2012, Somaliland government accepted to hold talks on their future relations with Somalia, a move which was not an option for the two preceding administrations. After six successfully held rounds and one failed round, the dialogue process collapsed and the talks ended up in vain. Although many Somalis could foresee the non-fulfillment of the talks, others were hopeful. Whatever the odds were, we all know the outcome of the talks at this moment. Further information on the talks can be found in my upcoming book “Kala-Maan: Bilowgii iyo Burburkii Wadahadallada Soomaalilaand iyo Soomaaliya.”

Given that previous foreign ministers have some achievements to demonstrate, Somaliland foreign policy standstill ensued in late 2015 when Sa’ad Ali Shire was appointed as the foreign minister. Minster Shire failed to come up with sound foreign policy – a properly planned, precise and explicit policy based on objectives. He neither abandoned nor renovated the unavailing policies and practices in place. Notwithstanding with his non-performance and failure in duty, Shire’s turning to cutting economic and military deals added insult to injury. For clarification, he was involved in both the Berbera port and Berbera military base shady deals with the UAE and Ethiopia.

Personal-level failures aside, there is no clear national strategy of recognition seeking and promoting the Somaliland case. Prof. Ahmed Ismail Samatar once stated that there is no well-written case on Somaliland secession and recognition with a precise strategy defining who is promoting and selling it on behalf of the nation, how to promote it and where to target. One would agree with Samatar’s argument considering the last presidential election campaigns in Somaliland, in which, none of the three presidential candidates and their political manifestos presented a comprehensive and lucid foreign policy. On top of that, when the elected president – Muse Bihi Abdi from Kulmiye Party – announced his cabinet, the reappointment of Sa’ad Ali Shire as the foreign minister became appalling and far-fetched to many. This was simply a message that nothing new on the foreign policy should be expected from the new administration.

There have been substantial developments in the Horn of Africa lately. In pursuit of national interests and power maximization, as classical realist theory of international relations would best explain, Turkey established a military base in Somalia; the UAE established military bases in Somaliland and Eritrea; France, China, and the United States all have military bases in Djibouti, not to mention Ethiopia’s emergence as a regional power politically, economically and militarily. Moreover, fueled by the uprising of the Oromo ethnic group which led to the resignation of the former prime minister Hailemariam Desalegn, radical political changes are currently underway in Ethiopia.

The new prime minister of Ethiopia, who hails from the Oromo ethnic group, demonstrated his willingness to achieve further domination in the region through political and economic integration. Unfortunately, Somaliland foreign policy happens to be naïve about and fails to keep up with this new political order in Ethiopia. Despite that neither the president nor the foreign minister of Somaliland has met with the new prime minister of Ethiopia so far, his latest trip to Mogadishu may be a sign that he finds his best interest of achieving his regional goals by dealing with the Federal Government of Somalia, a political maneuver which may leave Somaliland in the dark.

Taking all these points into account, necessary measures are to be taken as soon as possible. The first step is to reconsider the people who are currently involved in the foreign policy including the foreign minister who failed to come up with a refurbishment of existing policies and practices or instigation of new ones. In fact, they are the ones who failed us. Secondly, there must be a sound foreign policy with elements of protection, profits, principles, and pride. Somaliland’s foreign policy is unique as its immediate goal is to achieve official recognition from the rest of the world, a target which necessitates a clear strategy which many, including Prof. Samatar, doubt its existence. There must also be a definite target – whether to keep talking to Somalia or turn to other African, European or Middle Eastern countries, or to the intergovernmental organizations. As the old saying goes, “where there is a will there is a way.”