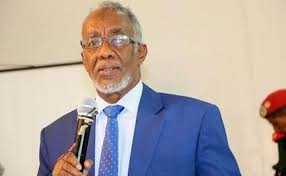 The Swedish government has apprised of Somalia’s Federal Government (SFG) that it has nothing to do with a visit that Somaliland president was due to pay a courtesy call to Sweden. The visit of Somaliland president to Sweden has been canceled. The parliamentarian by the name of Mr. Magnus Oscarson, has said in a statement that Somaliland leader is due to travel to Sweden this week. The Somalia Federal Gov has made contacts with Swedish embassy in Nairobi and the Swedish foreign affairs ministry to further shed light on the visit that Somaliland president set to pay a visit to Sweden. The Swedish government has informed the SFG in Mogadishu that it has no links with the plans that Somaliland Head of State was about to visit Sweden. The Swedish authority has confirmed that Somaliland community in Sweden along with its friends in which it declined to name names have facilitated. The trip was arranged by Mr. Magnus Oscarson, a member of Swedish parliamentarians. President Musa Bihi was supposed to deliver a keynote speech at a gathering on how democracy has thrived in Somaliland while its African counterparts have failed to do so. Ministerial level delegation from Somaliland headed by the FM will leave for Sweden in order to attend the meeting in lieu of President Bihi.